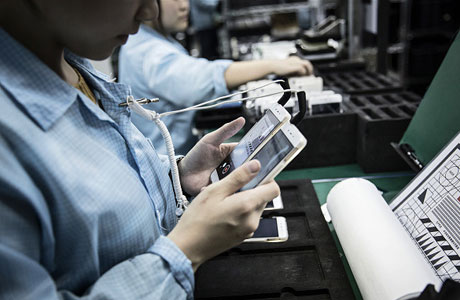 India will yet again see a new phone amidst its crowd, with the Vietnamese brand Mobiistar all set to enter the market by the month end. Being one of the top five brands in Vietnam, the company recognizes India as the hub for smartphone sales, with every individual wanting to have a technically and digitally enhanced device in the age of selfies and social media forays. Mr Carl Ngo, CEO of Mobiistar said “Despite it being the biggest market for feature phones and smartphones , the fact is, it is still growing at a phase good for development, India offers all the potential and size needed  for massive expansions.”

Convinced that the selfie camera is the prime selling point for handsets in India, Mr Ngo said that their device will offer an extra wide angle lens to its advantage. Mobiistar’s marketing strategy will largely focus on social media, digital channels and direct contact with consumers, aligned to capture the Indian market. Apart from introducing the product to India, Mr Ngo also stated, "After looking at the number and size of the country and growth, I have decided to be based here. The idea is to run global operations by being based here"

Currently Mobiistar has a workforce of 50 individuals in India, which they plan to expand to over 200 within a few months. Mr Ngo also mentioned that they will be assembling the handset in India through their partnership with V-Sun Technologies. They plan to launch around 5-6 devices, all in the range of Rs 6000 – Rs 10000 with abundant features and options targeting the 'value for money' motto. Moreover they aim to establish 850 outlets from day one, later on increasing the numbers to a 1000 centers in a period of 3 months