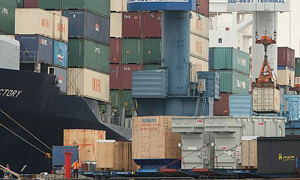 Rajahmundry: The IT activity which started more than a decade ago in Godavari districts picked up momentum in the last few years. The Software Technology Parks of India (STPI) unit which functions from East Godavari collectorate since the year 2007 made its presence felt in the spread of both software and hardware in the two districts of East and West under its purview.

This development has made steady progress and by 2012-13 financial year the IT units in both the districts made exports of IT and ITEs to various destinations including Canada, Switzerland and other European Union countries besides US. With tier II status given, Rajahmundry registered considerable growth in the activity with 10 companies to its credit out of the existing 40 units in both the districts.

Of the remaining units Kakinada and surrounding areas share 28 IT units. In West Godavari there are two units at Tanuku and the activity is expected to spread to places like educational centres Bhimavaram, Tadepalligudem and the district headquarters city Eluru. With IT boom back on the rails it is expected to make progress in West Godavari in the coming years.

STPI directed general Omkar Rai during his recent visit to Godavari districts stressed the need for development in West Godavari too. The IT SEZ started in Kakinada suburbs in 15 acres of land and the IT park at  Surampalem in the premises of Aditya Educational Institutions to the tune of 70,000 sft added fillip to the activity. The construction of IT tower which is under progress in IT SEZ premises is expected to give further boost to the IT activity in these parts.

Further, the IT incubation centre at the East Godavari collectorate also provides amenities like dedicated internet services, plug-n-play facility besides uninterrupted power supplies. STPI joint director and incharge of Kakinada unit B. Suresh said that the units registered with them are being provided with sops like excise duty concessions on imports. Further to this we have space to the tune of 7,000 sft at our premises in East Godavari collectorate to cater to the needs of new IT units as companies move out to their own premises after some years of establishment the JD added.