Calcutta, March 21: The export of software services is expected to grow 10 per cent in the current fiscal.

Hardware exports, however, could contract about 4 per cent over the previous year, according to the Electronics and Computer Software Export Promotion Council (ESC). Software services export stood at $68,020 million in 2011-12.

North America and Europe have been the main export destinations with a share of 58.81 per cent and 27.87 per cent, respectively. Companies are also betting big on Latin America and West Asia.

“We will be focusing on Brazil as the upcoming World Cup soccer in 2014 and Olympics in 2016 will open up huge opportunities for Indian IT companies. The infrastructure budget for the events is estimated at $180 billion. Of this 5-6 per cent will be for IT. India has the potential to double its export to these countries over the next two years,” said D.K. Sareen, executive director of ESC. Sareen was speaking on the sidelines of Indiasoft 2013, an international IT exhibition in Calcutta.

Bengal IT minister Partha Chatterjee said the state would focus on setting up 26 IT hubs across 19 districts.

“Hardware clusters will come up at Falta and Naihati. We are trying to set up one in Haldia. We have sent relevant papers to the Centre to set up an IIIT in Kalyani through the PPP mode. Rolta, Coal India and the Jindals would be part of the project,” Chatterjee said.
Share on email Share on print Share on facebook Share on twitter More Sharing Services 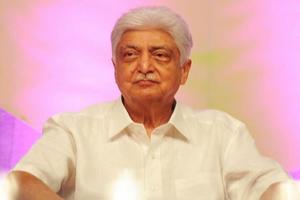