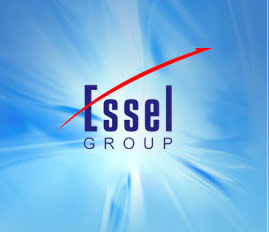 Another Indian company has proposed to set up large-scale renewable energy capacity over the next few years.

Essel Group, a leading conglomerate in India, has announced that it will set up 12 GW of renewable energy capacity over the next 5 years across several states. The entire exercise will require a total investment of about $12 billion.

Essel Group will set up 7.5 GW worth of solar power capacity through a number of its subsidiaries. Additionally, 4 GW of wind energy and 500 MW of waste-to-energy capacity.

Solar and wind energy projects would be commissioned across Madhya Pradesh, Andhra Pradesh, Telangana, Rajasthan, Karnataka, Tamil Nadu, Uttar Pradesh, and Maharashtra. Waste-to-energy projects will be commissioned across Madhya Pradesh, Gujarat, Orissa, Karnataka, Tamil Nadu, West Bengal, Haryana, Punjab. It is not clear though if the company (and its subsidiaries) would implement this capacity through direct agreements with the state governments or participate in auctions. The company has been participating in state as well as central government auctions for the past few years.

The commitment made by Essel Group was part of the RE-INVEST investors’ summit organised by the Indian government in early February. The company’s commitment is among the largest given by all participants of the summit. Several Indian as well as international companies have committed to install several gigawatts of renewable energy capacity over the next few years.