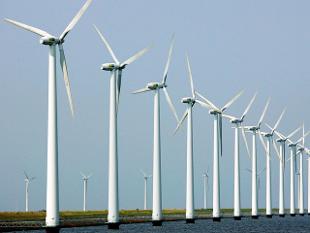 Meghalaya Power Minister Clement Marak today said the state government has projected to generate over 700 MW of power in the next ten years to meet the energy requirements of the state.

"This was projected in view of the growth of demand for power which is at 8 per cent during the last 10 years," he said while replying to motion moved by National Peoples' Party legislator James K Sangma on the poor functioning of the power department.

The state's own generation will be at 462 MW from the Leshka stage II power project and 260.93 MW will be availed as the Central share, he said.

According to Power Minister, in 2014-15, the availability of power in the state is only 253 MW of which 159 MW is Central share while state's own generation is only 94 MW in term of capacity from additional projects.

However, the state is expecting to get 306 MW of power from four power projects during the current year 2015-16, out of which 95 MW is the state's own generation and 210.93 MW as central share, he said.

Projecting an increase of power supply to the state, the Minister said 356 MW is projected to be available in 2016-17 and this would increase considerably every year.

Stating that power demand in the state has increased rapidly, coupled with the need for quality power supply, Marak said, "This has put a tremendous strain on the resources such as manpower, money and material of the corporations."

In spite of the challenges faced, the power sector in the state has progressed, as may be seen from the achievements, he further assured the state government is committed to continue in its endeavour to serve for the betterment of esteem consumers and state state as a whole.

Spelling out the future plans from the new generation projects under construction, the power minister said, the Unit-I of the New Umtru HEP in Ri Bhoi will be completed in March 2016 and Unit-II by June 2016 (20MW each) adding the annual generation is anticipated to be 193.0 million unit.

Similarly, the Lakroh Mini HEP in Jaintia Hills District which generating capacity is 1.5 MW is expected to be completed by December this year. From this, we expect to generate 11.0 million units, he said.

He further informed that Ganol Hydro Electric Project is expected to be completed in February 2018 adding the installed capacity of the project is 22.5 MW with an annual energy generation of 67.0 million units.