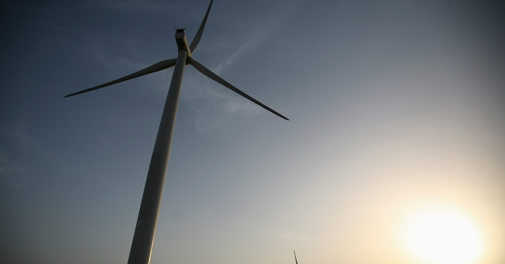 Welspun Group, one of the largest domestic solar power producers, is betting big on the sector and has plans to invest Rs 15,000 crore to take its capacity to 1.75 gigawatt (GW) over the next three years.

The city-based diversified company, which is also the world's second largest home linen maker and one of the top heavy industrial pipes producers, is into the pipes, plates & coils, steel, infrastructure and energy, had grossed up over Rs 18,000 crore in revenues last fiscal.

It has two subsidiaries in the energy space - Welspun Renewables Energy and Welspun Energy one for the solar and the wind respectively. The private equity of the Asian Development Bank had recently picked around 11 per cent in the latter for US $50 million.

"We are planning to invest up to Rs 15,000 crore over the next three years in the renewable energy space to take our total generation to 1.75 GW. While we already have a commissioned capacity of 328 MW, mostly in the solar space, we have close to 725 MW under development," Welspun Group chairman B K Goenka told PTI.

He said the company has already invested over Rs 3,000 crore into the power sector so far.

Goenka said his company had the capabilities to do the design, engineering and construction of renewable projects, which brought down his execution cost. "Our projects are among the highest generating ones in the country and we are largest solar power producer in the country today with 330 MW of generation."

Most of this fresh investment will be in solar space, he said, adding the company will be focusing on Andhra Pradesh, Maharashtra, Punjab and Rajasthan. On the wind side, the company is planning to have 120 MW by the end of this fiscal itself.

Asked about why the focus on energy sector that is highly regulated, Goenka said the surety of returns makes energy one of the most key areas to be in. Also, there will be no dearth of demand for power in a power starved nation like ours.

On the capex for other businesses, Goenka said, the home textiles arm, which supplies to 14 of the top 30 American retailers, will see Rs 1,200 crore investment by 2016 to ramp up its capacity by 25 per cent, while Rs 100 crore will be pumped into subsidiary Syntex, which is into specialty synthetic yarns.

The group's flagship Welspun Corp, which is the largest pipes maker in the country, had last week reported an marginal dip in net income at Rs 105 crore in its June quarter against Rs 109.5 crore a year ago, on sales turnover of Rs 1,146.67 crore, which was flat.

As of the June quarter, the company, had debt of over Rs 15,000 crore in its books, has Rs 5,000 crore of cash or cash equivalent balance.