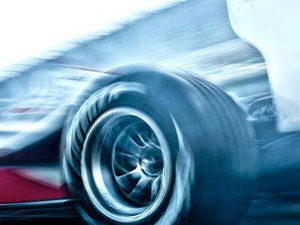 NEW DELHI: Rating agency, ICRA expects the Indian Tyre industry to grow by a CAGR of 11%-12% during the next three years (2014-17) with revenues of Rs. 623 billion by 2016-17. For 2014-15, it expects the domestic tyre industry to grow by 8% to Rs. 493 billion, supported by 6% domestic volume growth even as falling raw material prices would pressure tyre companies to pass these benefits in the replacement segment.
"While the decline in natural rubber (NR) and crude oil prices could provide the requisite headroom for passing on some benefits to the consumers, inflationary pressure on advertising, employees and some other consumables has increased significantly for several players in the industry over the past two years. Despite the pressure on realisations, for 2014-15, ICRA expects the significantly softer NR prices to trickle down into margins, leading to stable and high operating margins of 13%-14%," the rating agency said in a media release.

According to Mr. Subrata Ray, Sr. VP, Co-head, Corporate Sector ratings, ICRA Ltd, "Industry wide revenues for ICRA sample set comprising of nine major players grew by 5.6% during 2013-14 while operating and net margin expansion was higher by ~100 bps at 13.8% and 6.5% respectively."
While the industry has continued to invest during the past several years -particularly towards radial capacities, a marked step up on capital expenditure is expected between 2015-17, with investments towards enhancement of existing capacities-both Greenfield and Brownfield in India and new capacities in other countries like Hungary and Bangladesh.
This will be funded through anticipated increase in profits going forward and the flexibility built up in the balance sheet on the back of the past three good years, leading to improvement in the capital structure and coverage metrics for the industry. "In line with our expectations in the past, the cash build up is likely to lead to more announcements on the capacity front from the industry going forward," Says Mr. Subrata Ray.

ICRA expects demand for tyres to grow by 6%-8% during 2014-15, driven largely by Truck and Bus (T&B), PV and scooter segments. Replacement demand for T&B is also expected to grow as the economic activity in the country revives, thus leading to increased goods movement.

According to ICRA, muted growth in tyre volume exports was seen during 2013-14 and Q1, 2014-15 due to global demand conditions although rupee depreciation had partly offset the demand impact. Tyre exports (value) from India grew by ~7.5% during 2013-14 aided largely by the weak INR and despite the weaker offtake from several importers like Brazil, UAE and Philippines. Exports to USA, India's largest tyre export destination, grew by 5.8% during 2013-14. During Q1, 2014-15, with weak demand persisting and currency movements remaining relatively stable, tyre exports (value) remained flat.

Lower input costs have benefited the industry as seen through the healthy expansion of margins for the industry. As demand catches up over the next 18-24 months, input costs are expected to go up, not just in India but globally. Astute timing of purchases and prudent management of inventory would be critical for sustenance of profitability over the medium term.