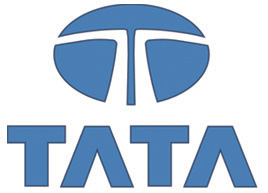 However, Tata Motors is facing a challenging economy due to the current macroeconomic trends. Nevertheless, growth has been recorded in many segments.  The medium and heavy commercial vehicle (M&HCV) segment recorded 39% growth and the Sedans segment also recorded better performance due to the all-new Zest. In Nov 2014, exports increased by 17% year over year to 4,293 vehicles from 3,671 vehicles sold in Nov 2013.

In the passenger vehicles business, Tata Motors’ sales for Nov 2014 went up 16% due to better sales of the Zest and Nano. In the commercial vehicles business, Tata Motors’ sales for Nov 2014 in the domestic market declined 5% to 25,406 vehicles from 26,816 vehicles sold in the corresponding month last year. Sales in the Light commercial vehicle (LCV) business declined 20% to 15,954 vehicles, while M&HCV sales improved 39% to 9,452 vehicles.

Tata Motors is one of the leading automotive manufacturers in India. The company has operations in the U.K., South Korea, Thailand, South Africa and Indonesia. Currently, Tata Motors carries a Zacks Rank #4 (Sell).