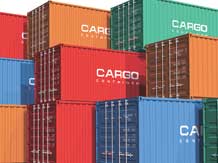 With China and Bangladesh becoming costlier and unviable day-by-day, India is gradually garnering its share in apparel exports to the US.

India saw a rise in apparel exports to the US by 7.5% at 745 million square metres equivalent (msme) for the period January-September 2014 over the corresponding period last year, as per the latest data by the US Department of Commerce's Office of Textile and Apparel (OTEXA).

As against this, China and Bangladesh posted 3.9% and -4.63% growth in apparel exports to the US, respectively resulting in shift in exports orders to India. As per OTEXA data, China shipped 8,108 msme apparel as against 7,800 msme for the said period last year, while Bangladesh saw shipments of 1,260 msme as compared to last year's 1322 msme.

Globally too, India has been registering a 17.6% growth in apparel exports at $8.3 billion for the period April-September of the fiscal 2014-15, the Apparel Export Promotion Council (AEPC) stated.


While China is becoming costlier due to increased cost of production and higher wages, apparel exporters in India cite global compliance issues in case of Bangladesh for such a shift, apart from issues like high rate of inflation and currency appreciation in both the nations.

In recent times, rising labour costs have led to China reducing its focus on labour intensive sectors like textile even to the point of off-loading export orders. According to industry sources, costs have risen by anywhere between 25% and 45%. On the other hand, unhealthy working conditions and recent mishaps across textile units in Bangladesh have raised concerns among local groups in the US thereby putting pressure on apparel importers to look at other exporting nations like India and Vietnam.

Apparently, India's 7.5% growth in apparel exports to the US is second only to its Far East Asian competitor Vietnam which has seen growth in bookings for apparel shipments of 13.14%.

"In the recent past, two major competitors of India, namely China and Bangladesh have drawn flak from global apparel importers, especially those from the US for increased cost of production and compliance issues. This has helped India garner increased favour among apparel importers which the domestic industry here is trying to make the most of," said Rahul Mehta, president of Clothing Manufacturers' Association of India (CMAI).

However, banking on shipments for the festive season in December and a reviving global economy, especially in the western markets like the US and Europe, the industry is anticipating the growth in apparel exports to the US rise to almost 10% from current 7.5%, said a senior AEPC official.

"We anticipate close to 10% growth in apparel exports to the US given the kind of orders that the industry is attracting," the AEPC official added.

Meanwhile, Mehta added that with a 3-5% increase in apparel manufacturing capacity coupled with lot of unused capacities, Indian apparel industry will be able to make the most of increased orders in near future.