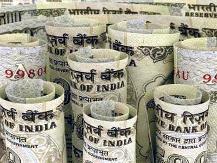 ACCRA: In what could give a major boost to India's growing economic influence across Asia and Africa, the Exim Bank of India aims to increase Indian project exports to $50 billion within the next five years from the current levels of $ 27 billion.

This will be done through the bank's innovative initiatives and by leveraging the increasing opportunities in Africa and Asia, Yaduvendra Mathur, the bank's chairman and managing director, said.

He said, as of the end of September this year, there were 374 project export contracts valued at $26.85 billion supported by the bank under execution in 78 countries across Africa, Asia and the Commonwealth of Independent States (CIS) by 112 Indian companies.

"These projects have been supported by Exim Bank through a mix of funded and non-funded facilities," Mathur said here.

He said, Exim Bank, in collaboration with the African Development Bank, was also setting up a Project Development Company (PDC) in Africa to identify and develop infrastructure projects with the objective of providing the Indian private sector an opportunity to invest in and implement such projects in Africa.

Mathur said government of India's support would be critical to achieve this target for India.

"Exim Bank proposes to organise a series of stakeholders' seminars to seek industry feedback for creating a level playing field for Indian project exporters," he added.

The LoC agreements to this effect were signed Oct 29, 2014, by Debasish Mallick, deputy managing director, on behalf of Exim Bank and by Minister of Finance and Economic Affairs, Kebba S. Touray, on behalf of the government of The Gambia.

With the signing of these two LoC agreements totalling $45 million, Exim Bank, till date, has extended five LoCs to The Gambia, on the direction of the Indian government, taking the total value of LoCs extended to $78.58 million.

The Gambia is a country located in West Africa, and is surrounded by Senegal and a short coastline on the Atlantic Ocean in the west. It is situated around the Gambia river which flows through the country's centre and empties into the Atlantic Ocean. The main items that India exports to Gambia are cotton, cereals, man-made fibres and electrical machinery and equipment.

Under the LOC, Exim Bank will reimburse 100 percent of contract value to the Indian exporters, upfront upon shipment of goods. The LoCs will be used for sourcing of goods and services from India.

With the signing of these agreements, Exim Bank has now in place 188 LoCs, covering 63 countries in Africa, Asia, Latin America, Europe and the CIS, with credit commitments of over $10.51 billion, available for financing exports from India.