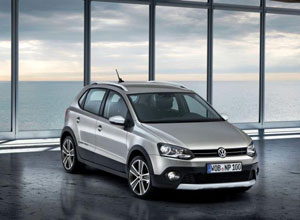 Volkswagen India has started exporting the new Polo 1.6 Highline to Mexico, a year after entering the Mexican market with shipments of its India-made Vento.

The export versions of Vento and new Polo account for nearly every second car made at the Pune plant, which has produced over 89,000 cars for export till date, according to a statement from the company. “With the successful entry in Mexico last year with our Vento, we set an example of world-class quality being manufactured in India,’’ Volkswagen Pune Plant President and Managing Director Mahesh Kodumudi said in the statement.

“We build the same quality of cars in Pune as around the world with equally robust construction. The Polo built in India has achieved a 4-star Global NCAP rating which is a strength when it comes to exporting to global markets.’’

The company started exporting from the Pune plant in 2011 with the first export market being South Africa. Since then, export operations from the Pune plant have expanded to over 32 countries across Asia, Africa and North America. The cars being exported include left-hand drive and right-hand drive cars. Volkswagen India also exports parts and components of its cars to Malaysia, which are assembled there for the domestic market.