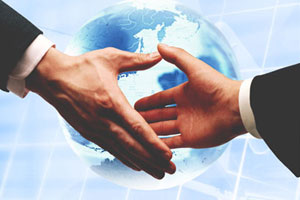 Trade between India and Africa has a long and distinguished history. It goes back thousands of years to the days
when Indian traders, using the seasonal monsoon winds, sailed to the East coast of Africa in search of mangrove
poles, elephant tusks, and gold and gemstones that made their way up from what is now Zimbabwe.

In more modern times, Africa’s trade with Europe and the United States dominated the trading patterns until the
gradual swing to the East, principally led by China, gained increasing momentum. Indian com¬panies were fairly
quick off the mark too, reestablishing contacts with the continent and expanding the volume of trade exponentially.
For example, bilateral trade was worth $1 billion in 1995. By 2008, that  figure had hit $36 billion, according to the
African Development Bank Group, and in 2011 it had risen to $45 billion. By 2014, bilateral trade is anticipated to climb
to more than $75 billion.

These trade trends can be clearly traced on a national as well as a continental level. Economic relations between South
Africa and India, for example, have grown many-fold since diplomatic relations between the two countries were first
properly es¬tablished in 1993. Bilateral trade between 2003-04 and 2008-09 alone increased threefold, from $2.5 billion
to $7.5 billion. In January 2011, following a visit by India’s commerce and industry minister, Anand Sharma, to South
Africa, an unprecedented new bilateral trade target of $15 billion by 2014 was agreed upon.

At present, Africa enjoys a positive trade balance with the subcontinent. India’s imports from Africa reached $18.8 billion
in 2009 while exports from India to Africa were $13.2 billion in the same year, according to the African Development Bank.
Exports from Africa are typically raw materials, including oil and minerals, while exports from India tend to be manufactured
and finished goods, including transport equipment, industrial machinery and pharmaceuticals. Nigeria, South Africa,
Kenya and Tanzania are the most important destinations for Indian products in Sub-Saharan Africa.

Oil is a central commodity shaping the economic relationship between Africa and India and, therefore, merits special
attention. Mining and hydrocarbons are key drivers of Indian engagement in Africa. According to the Confederation of
Indian Industry (CII), based in South Africa, India is the world’s fifth largest consumer of oil and will be in third place by
2030. As India’s population continues to rise and become wealthier, energy consumption levels are predicted to double
over the next two decades.

India is also increasingly interested in oil exploration on the continent. Exploration and production firm Cairn India, for
example, made its first overseas acquisition in August, when it purchased a 60 percent in¬terest in a gas discovery block
on the South African west coast. Indian oil firms have also bought into oil exploration projects in East Africa, Nigeria and Libya.

Dr Alex Vines, who heads the Africa Programme at Chatham House, believes that “we are seeing the beginning of an Indian
re-engagement with Africa, which is private-sector driven. Indian businesses have been telling India’s foreign ministry it needs
to step up its presence on the continent.” The state appears to be responding. In the wake of a high-level visit led by Indian
Prime Minister Dr Manmohan Singh, a number of important development, investment and trade deals have been signed.

Another sector in which Africa could particularly benefit from cooperation with India is in its burgeoning ICT sector. “India
can rightly claim that it has an edge over other developing countries in education, information and technology, and technology
for tailor-made small and medium enterprises,” says Raj Verma. “It can impact African development through technology and
skills transfer, leading to human capital formation or human resource development under the aegis of NEPAD [New Partnership
for Africa’s Development] rather than just providing financial aid and extended lines of credit. For instance in Uganda, Indian
technology led to nearly three times more electricity being generated – from 300 MW to 1,000 MW – than had been planned at
the Karuma project,” he adds.

According to Raj Verma, Africa should cooperate with India in other areas. “Another sector where Africa can benefit tremendously
is health care and pharmaceuticals, where the Indian government and private enterprises can be major players. India also
provides a different model of development – a model of pluralistic, multicultural, democratic set-up that suits the African
countries with their myriad ethnic, linguistic, religious and tribal divisions,” he says.

Finally, the fact that India has a lengthy history of economic ties to the African continent, which has resulted in the evolution of
a significant Indian diaspora, should be recognised in any economic analysis of India-Africa relations. However, some experts
argue that the relevance of the diaspora in defining economic ties will be limited in the future. “Indians investing in Africa are
not associating themselves with Indian Africans so much. Indian businesses are not necessarily looking for partners of Asian
descent on the continent. They are just looking for good business partners,” says Dr Vines.

To conclude, India’s relationship with Africa, like the continent’s relationship with China, has its opportunities and caveats.
But the nature of those potential benefits and drawbacks are not identical. Therefore, the economic relations between India
and Africa should be approached on its own terms, and its uniqueness should be recognised.