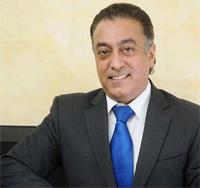 Corporate training and skill development company, Centum Learning, today boasts of presence in 23+ countries, 21+ industry sectors, and impact on over one billion people on its fact sheet. Recently, the company was selected by the Indian government for the National Skill Development Corporation (NSDC) to form Centum WorkSkills India, which aims to impart job skills to 12 million people across 11 states and 383 districts in India by 2022. However, Centum Learning’s presence has grown steadily overseas too, with the revenue from its African market reaching almost half of its total revenue last year. The Dollar Business got in touch with Sanjeev Duggal, CEO & Director, Centum Learning, to learn about the journey of the company so far and the future which looks more promising than ever, as Africa begins its development story and India consolidates hers. Excerpts:

TDB: Centum Learning was essentially focused on the Indian market until a few years ago. What was the reason for the African sojourn?

Sanjeev Duggal (SD): Our African sojourn in 2010 was not really so much a result of conscious planning. The opportunity came when one of our big clients and a telecom major Airtel acquired the Africa business of Kuwait-based Zain telecom in June 2010. As we were providing critical training solutions in key functions like sales and customer service for Airtel in India, it was a logical step to partner them in Africa.

TDB: How was your experience in Africa?

SD: When we ventured into Africa, it was a completely unknown territory for us. I, personally, had not even gone on a safari in Africa. It was a completely new market for us in terms of language, culture and topography.

However, Africa also had a huge potential for growth which we had not tapped so far. The biggest snag in Africa’s transformational journey was perhaps youth unemployment. Hence Centum Learning quickly gained enough ground to emerge as the leading training solutions provider in the African continent.

TDB: It is said that there is a lot of diversity in Africa. What are the cultural, topographical and linguistic diversity that has parallel to India?

SD: When we forayed into the African territory, we realised that Africa was a very diverse market, maybe a little more complex than India. About 40% of Africa speaks French and even within one country like Nigeria, there are perhaps about 250 languages.

Also, each country in Africa has its own distinct culture. I was surprised to see that in terms of cost of living, some of the cities are very expensive as most of the consumables are imported from Europe. The volume of unemployment is however similar to that in India.

TDB: How different is the African market as compared to India and what is your reach in the continent?

SD: Currently, we have operations across 70 cities in 17 countries of Africa.

Africa is considered as the next frontier for opportunity and is a magnet for investments from relatively new sources like India. Most countries in Africa are at that stage of evolution, where India was 20 years ago. There is no infrastructure to develop skills in Africa.

TDB: What are the parallels you could draw between India and Africa?

SD: In terms of skill ecosystem, Africa is again where India was in the 1980s. There is very little infrastructure to develop skills in Africa. In India, we had the Industrial Training Institutes (ITIs), though not all were of good quality. The setting up of National Skill Development Agency was a major step in that direction.

Going back to Africa, some African governments, including those in Kenya and Uganda, have realised the importance of developing a comprehensive policy which would enable a diverse skill development programme. We thus have to work with those limitations, and work at several levels.

TDB: Do you work with governments in Africa?

TDB: As more than 40% of Africa speak French, how could you train people in African?

SD: We have trainers who can not only speak French but also local languages like Swahili. Therefore, training in Francophone countries are definitely not conducted in English, but in languages people understand there.

TDB: What are the bottlenecks in doing business in Africa and the differences between the African and Indian markets?

SD: It takes a lot of time for things to happen in Africa. If it takes six months to close a deal in India, it takes almost up to one-and-half years to do so in Africa. We have to patiently coordinate with funding agencies, government and companies concerned.

TDB: What efforts have you taken to make changes in the workforce in Africa?

SD: Both the scale of operations and lack of skilled professionals in Africa pose a challenge to us. Although we are bagging training projects, we need to develop capabilities within the system among the local population in each country. Localisation comes into the picture here.

TDB: Have you localised the training content to suit the African level?

SD: Yes. We train in 79 African cities, 90 Indian cities and 383 Indian districts. Everywhere we localise the training content according to the market and its needs. Our content factory and a diverse pool of trainers are at the core of our operations.

TDB: What is the percentage of localization in terms of trainers in Africa?

SD: We have 200 trainers in Africa out of which 190 are Africans. It is important to have local trainers who can relate better to participants. The master trainers, however, are usually sent from India.

TDB: There is widespread poverty in several African countries. How did you adapt to providing high quality services at low cost?

SD: Just like in India, in Africa too, we can’t afford to spend three years training a prospective welder as is the norm in European countries. Most of the students in Africa can’t afford the fee for a long course. They also have to enter the job market quickly to take care of their immediate financial needs. To address these concerns, Centum Learning has developed short duration programmes that run from one to three months in Africa.

TDB: What is the level of penetration in the African market, what are your plans for future?

SD: Centum Learning has established a strong presence in Africa, forging ties with companies in diverse industries. Some notable examples include Centum Learning’s VET program to train key account managers of Lafarge Cement Zambia, which is headquartered in Paris. Lafarge is a world leader in building materials and has its presence in 64 countries.

We are working with banks in Africa too. The National Bank of Kenya has also entrusted us with the responsibility of providing training solutions to its employees placed at their call centers to enhance customer experience.

TDB: What are the main segments you provide your services for?

SD: We have strong business verticals in sectors like telecom, retail, auto, passive infrastructure and banking. We also have expertise in functions such as sales, marketing and distribution. However, we are sector agnostic.

We work closely with our partners to develop appropriate content and then have the requisite expertise to offer end-to-end training solutions in a standardised manner across levels of hierarchy in diverse locations across continents. We are now getting into sectors such as agriculture, infrastructure, and construction as well.

TDB: What is the foreign exchange Centum Learning earns from Africa, and how does it compare to the domestic market in India?

SD: Last year Centum Learning’s Africa operations became as big as the Indian one. Generally, Centum Learning earns 50% of its revenue each from India and Africa. We closed the 2014 financial year with revenues of Rs.182 crore. Helped by the expansion in Africa, we hope to reach a revenue of Rs.225 crore this year.

Both the Indian and African operations are profitable. In India, we have successfully diversified beyond the telecom segment, which is now stands at around 25% of the local operations revenue. But what is noteworthy is that, more than adding to revenues, the African experience has significantly contributed in positioning Centum Learning as a global player. Our success in Africa has given us the confidence to explore new geographies as well.