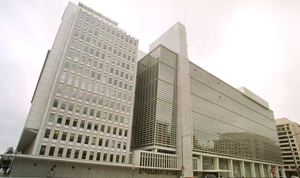 In a meeting with principal secretary for Industries and Infrastructure Development Sanjiv Saran, a three-member World Bank team, including Mehta and the lender’s senior country economist Denis Medvedev, submitted an infrastructure and investment strategy. It has been prepared by consulting agency CRISIL Ltd. under the aegis of the World Bank for Agra-Firozabad sub-region, Kanpur-Lucknow-Unnao-Auraiya sub-region and Allahabad-Varanasi sub-region.

The report contains study in infrastructural gaps to be filled in these sub-regions with high industrial and economic potential for effective and sustainable industrialisation in these sub-regions comprising multiple districts.  Mehta said that to start with, the World Bank was focusing on Kanpur-Lucknow-Unnao-Auraiya sub-region. He added that the bank was financing the development of EDFC in three phases, of which work is already underway for the first two phases.

“Keeping in view the sincerity and alacrity with which the state government has pushed the processes for implementation of EDFC in Uttar Pradesh, the World Bank has included the state in second phase itself.” The World Bank has offered two options for funding – “Development Policy Loan” (DPL) and “Programme-for-Results” instruments.

Development policy loan provides quick-disbursing assistance to countries with external financing needs to support structural reforms in an economic sector or in the economy as a whole.  Under this system, the funds will be released based on the agreed actions taken by the government with regard to structural, financial sector and social policy reforms. The funds received under DPL could be used for infrastructure development or other purposes.

“Programme-for-Results” supports government programmes and links the disbursement of funds directly to the delivery of defined results with special focus on strengthening institutions.  Funds under this route can only be used for environment conservation, rehabilitation or training of labour, not for hardware development, officials pointed out.

It was also informed that under its investment programme for Uttar Pradesh, the World Bank was ready to invest in rejuvenation of existing industrial areas and towards creation of fresh plug-and-play facilities for MSMEs on new locations.  Stressing on steps being taken for making industrial environment more conducive, Saran said, “Process of rejuvenation of industrial areas in Lucknow, eastern and western parts of the state is already underway, and the state government is going to take significant decisions on simplification and rationalization of processes and procedures for clearances required to run and establish industry very soon.”

The World Bank has already sanctioned a loan of $1.1 billion for construction of a 393-km double line between Mughalsarai and Bhaupur section of EDFC project. The proposed alignment of 1,840-km long EDFC, starting from Punjab, traverses Uttar Pradesh via Khurja and ends in Dankuni, West Bengal.

Uttar Pradesh is the biggest beneficiary of EDFC project with share of nearly 57 per cent, measuring 1,049 km, dissecting the state. Forty new stations are proposed on this freight corridor in the state, which will cross through 18 districts of UP.