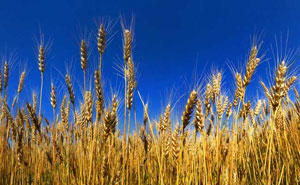 India's agri exports have grown at a rate of over 21% in the last decade (2003-2013) helped by government support and a changing export matrix, according to a new report by the US Department of Agriculture (USDA).

India's rapid growth overshadows the growth rate of 15% recorded by Brazil, 12% by China and 9% by USA in the sector in the last ten years. Last year, India overtook Australia to become the world’s seventh largest exporter of agricultural products (up from the 13th position in 2003), and in terms of net exports, India is now the world’s sixth-largest net exporter of agricultural products, with net exports almost double those of the EU-28.

Overall, India agricultural exports have grown almost eight times in the last decade, from around $5 billion in 2003 to over $39 billion in 2013, and the momentum is likely to continue this year.

However, the drastic change occurred due to government support, says one of the authors of the report. Levin Flake, Agricultural Economist (Trade), Foreign Agricultural Service, USDA, says, “One of the drivers behind India’s export growth has been the dramatic growth in government support provided to agriculture, particular for wheat and rice (the Minimum Support Prices for the two commodities have by 40% and 75% respectively over the past six years).” This helps improve production and keep prices competitive.

Flake adds that Indian government’s total support for agriculture has grown from $68 billion in 2009-10 to $85 billion in 2013-14 and is likely to reach a record high in 2014-15. This has helped India become an important player in the global market, especially for rice, cotton, sugar, and carabeef (buffalo meat). India is now the world’s second largest cotton exporter (after USA), the second largest exporter of carabeef in the world (after Brazil), and the largest exporter of rice.

“In 2013, India exported agricultural products worth $5.2 billion to LDCs, which is almost $1 billion more than the second largest supplier EU and more than three times than USAs exports to LDCs last year. Leading LDC markets for India are in South Asia but exports to Sub-Saharan Africa are on the rise, nearly quadrupling over the past five years,” Flake told The Dollar Business.