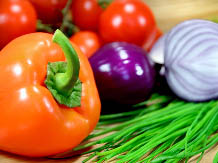 The Union government would like to move towards lifting a ban on export of organic agricultural products and their derivatives.

On the sidelines of the 4th National Conference on Organic Farming organised by The Associated Chambers of Commerce and Industry of India on Tuesday, A K Tripathy, joint secretary, department of commerce and industries, said, “(We) are trying that there is never a ban on organic processed food export, even if the primary produce of that commodity is subjected to some restrictions.”

While export of primary organic agricultural produce is allowed, there are restrictions on a host of other commodities, such a pulses and edible oils.

The ban has been imposed primarily because of differentiation in quality specifications and the lack of a credible certification system.

“Unless world-class certification agencies are established, the credibility of India’s organic food exporters would remain in question outside the country. But once domestic standards are made compulsory, the supply of quality goods for exports will also improve significantly,” said Tripathy.

The global organic food market is estimated at $64 billion. India’s share is 0.35 per cent.

Santosh Sarangi, chairman of the Agricultural and Processed Food Products Export Development Authority (Apeda), said: “One major challenge for India is to maintain the integrity of an organic certification system.”

Apeda says it is working to expand the portfolio of organic products available for export. It is working to, among other things, add aquaculture, textiles and livestock to the category.