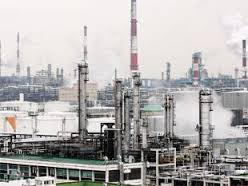 India's ONGC Videsh, the overseas investment arm of Oil and Natural Gas Corp, is looking to buy a stake in the assets of Africa-focused exploration company Tullow Oil Plc, a source with direct knowledge of matter said.
India, the world's fourth biggest oil consumer, has charged state oil firms with acquiring assets overseas to improve the security of its energy supplies. The country imports about 80 per cent of its crude needs.
ONGC Videsh aims to get 400,000 barrels per day (bpd) of crude from its overseas assets by 2018, compared with about 167,000 bpd produced from overseas holdings in the fiscal year to March 2014, ONGC's chairman said in October.
To meet its objective the company is looking at acquisitions, preferably of producing assets, in politically less risky countries.
"ONGC is keen to buy a stake in the African properties of Tullow that includes assets in Ghana and Kenya," said the source, who declined to be identified because of the sensitivity of the issue.
Tullow Oil declined to comment to Reuters when asked if it was in talks with ONGC or others on a stake sale.
ONGC Videsh wants to acquire assets in stable geographies like North America, Canada and Mexico, and expand its presence in Africa, Managing Director N. K. Verma said in an interview earlier this week.
London-listed Tullow has a number of oil assets in Africa, including its flagship Jubilee oil field offshore Ghana.
ONGC in 2009 made an attempt to buy the Jubilee stake of private equity-backed company Kosmos Energy. Kosmos later shelved plans to sell its stake.