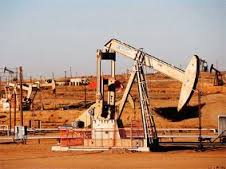 GAIL India the nation's largest natural gas distributor, is looking for a strategic partner for its Rs 3,108 crore floating LNG import terminal at Paradip in Odisha.
GAIL has floated expression of interest (EoI) to induct a strategic partner in 4 million tonnes a year floating liquefied natural gas (LNG) terminal planned off the Paradip coast, sources privy to the development said.
The company is seeking a LNG supplier or a major consumer of gas as strategic partner.
Site selection for the project has been completed while market survey has just been commissioned, they said.
The Floating Storage Regasification Unit (FSRU) would have an initial capacity of four million tonne per annum (mtpa) in first phase, reaching a peak capacity of 4.8 mtpa, with a storage capacity of 170,000 cubic metres.
The first phase of the project is to become operational by 2017.
GAIL had in October last year signed a MoU with the Paradip Port Trust for setting up of the LNG import terminal.
While the port would invest Rs 650 crore on breakwater and dredging, GAIL would invest Rs 2,458 crore. In the second phase, four mtpa capacity will be added (peak capacity- 4.8 mtpa), raising the terminal's total capacity to 8-10 mtpa.
Paradip will be the fourth LNG terminal on the east coast. GAIL is already in advanced stage of planning for setting up a floating LNG receipt facility at Kakinada in Andhra Pradesh.
Petronet LNG , a firm in which GAIL has 12.5 per cent stake, is setting up another 5 million tonnes a year facility at Gangavaram in Andhra Pradesh while Indian Oil Corp is setting up a similar facility at Ennore in Tamil Nadu.
India currently has four LNG terminals - Dahej and Hariza in Gujarat, Dabhol in Maharashtra and Kochi in Kerala. Of these, Kochi and Dabhol are only partially operational on account of absence of pipeline for taking gas to consumers and operational issues respectively.
Sources said gas in its liquid form (LNG) will be imported at a floating jetty (FSRU) off the Paradip coast and transported onland via pipeline.
The fuel after being turned back into its gaseous state will be transported to consumers using GAIL's proposed Jagdishpur-Haldia and Surat-Paradip pipelines.