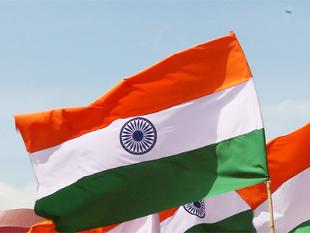 Hit by uncertainly over oil supplies from West Asia, India is keen to diversify its imports and wants to buy crude from the US, Oil Minister Dharmendra Pradhan has said.
The new strategy is being planned to guard against disruption in supplies from its biggest sources in the Middle East - Iraq and Syria - as they are caught in problems relating to Islamic State movement.
Asia's second-biggest energy user, which spends $143 billion on import of crude oil in 2013-14, wants the US to extend its policy of allowing gas exports to crude oil as well.
"I met officials from the US recently and asked them to allow oil exports to India. We are keen to import oil from the US, which currently does not allow oil exports," Pradhan said.
India wants to reduce its reliance on the Middle East nations for meeting its oil needs and instead wants to tap Latin American countries including Mexico and Russia.
"We will look at Russia and Latin America too (for oil imports)," he said.
Violence in Iraq and Syria has posed serious challenges to oil supplies. In 2013-14, Iraq supplied 24.63 million tonnes of oil or about 13.02 per cent of India's total oil purchases of 189.24 million tonnes.
India bought 31.73 million tonnes of oil from South America with Venezuela being the principal supplier at 21.58 million tonnes, followed by Columbia at 6.31 million tonnes. It now wants to raise these imports.
Also, it wants to raise imports from Russia which are at a minuscule 0.08 million tonnes. Purchases from Mexico, which were 4.94 million tonnes in 2013-14, are planned to be raised.
"Procurement has to be diversified, taking into account the changing geopolitics in the world," Pradhan said.