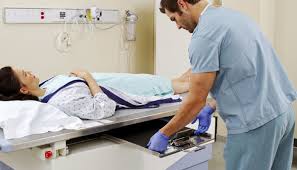 India will be spending around Rs 1.7 lakh crore ($28 billion) on its ambitious universal healthcare scheme under which free drugs, diagnostic tests and insurance cover will be provided to all its citizens.

The scheme under the National Health Assurance Mission, to be rolled out in a phased manner from April next year, will cover the entire population while taking care of their healthcare needs by March, 2019.

According to sources, the Health Ministry is in the process of finalising a note for the Union Cabinet with an aim to get its approval in the next two months. The approval of the Finance Ministry is also being sought separately.

At a meeting of top Health Ministry officials held today to review progress on the proposal, it was decided that three to four districts will be selected in each state for rolling out the scheme.

Sources said later the scheme will be launched in a phased manner in all the districts across the country and will be applicable to all state governments as well as private medical establishments.

"We are preparing the scheme since it involves a lot of preparatory activities. We hope to launch it from the year 2015-16 in a phased manner," Additional Secretary Health C K Mishra told.

He said once fully operational, all citizens will get free medicines, drugs and diagnostic tests in all government as well as private medical establishments across the country.

Officials said an Expert Committee set up in this regard has estimated that a total expenditure of Rs 1.7 lakh crores (around USD 28 Billion) will be made under the scheme.
They added that around Rs 80,000 crore (around USD 13 Billion) will be spent annually under the scheme but final details are being worked out to reduce the expenditure to some extent.

Health officials said the scheme under the National Health Assurance Mission is been given final shape to help take care of the common man's healthcare needs in the country.