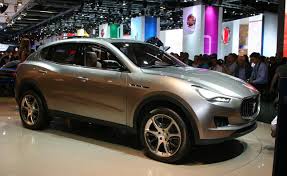 MUMBAI: Days after Prime Minister Narendra Modi exhorted global manufacturers to 'Make in India', Fiat Chrysler Automobiles has put in motion plans to manufacture a premium sports utility vehicle under the Jeep brand as part of a Rs 1,500-2,500 crore investment in the country and export it to key markets including the UK, Australia and South Africa in the next two years.

The development work for the first premium SUV to be made in India has begun under the project code-named M6 or 556 and production of the C-segment vehicle will begin by the end of 2016, four people close to the development told ET, adding that the strategy to use India as an exports hub will help the company reduce its losses in the country. Experts say that Fiat Chrysler's move will further enhance the brand image of India. The country is gradually transforming itself from a manufacturing hub for small cars into a base for the entire range of vehicles as companies including Renault-Nissan and Volkswagen have exported mid-sized sedans and compact SUVs to global markets from the country. An email sent to Fiat India did not elicit any response. One of the persons referred to earlier, however, said on condition of anonymity that the C-segment Jeep SUV is expected to be priced at Rs 20-25 lakh in the domestic market and will be produced in "tens of thousands".

"The announcement will be made shortly," another person said about the company's investment plans for India. "The company was waiting for the Fiat-Chrysler merger in the global markets. Now that the listing is out of the way, the funds will be channelled into the country." The investment is likely to go into expansion of capacity and Fiat may set up a new manufacturing line at its Ranjangaon plant after discussing the possibilities with its joint venture partner Tata Motors, a person with knowledge of the matter said, adding that a significant part of the investment will go into developing new products including engines.

Apart from the completely localised C-segment Jeep, Fiat Chrysler is also said to be working on a modular platform 326, which will churn out replacements for Punto and Linea cars in the next two to three years under the Fiat brand. However, the Italian carmaker's volumes in the Indian market remain a matter of major concern, according to these people, who said the company is hoping that export volumes along with new models will help the brand make a comeback in the country.

While Fiat announced a major comeback plan for the Indian market two years ago, its protracted merger with American automaker Chrysler kept it from making major investments in India. But now the company is readying to launch the Jeep brand with the Wrangler and Grand Cherokee models next year, followed by the locally produced C-segment Jeep at the end of 2016 or early 2017. Fiat has been selling just 1,000-1,500 units a month on average in India despite the launch of new Linea and Punto and expansion of its dealer network.

Its capacity in Ranjangaon plant is getting utilised by Tata Motors, though, for its Indica, Vista and recently launched Zest models. The move to manufacture a premium SUV signifies that Fiat is recognising the potential of Indian manufacturing, said Gaurav Vangaal, senior analyst for forecasting at consultancy firm IHS Automotive.

"The future is in India whether it is for domestic market or for export manufacturing. Renault-Nissan, Ford, Hyundai and Maruti all have accepted this fact that manufacturing in India gives strong top and bottom numbers. Exporting a luxury brand from India will definitely be a strong image booster for Indian manufacturing in mature markets, where India always remains popular with small hatchbacks," added Vangaal.