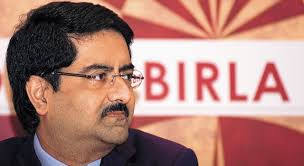 India's diversified Aditya Birla Group has submitted a bid for the Brazilian and the Philippine assets of cement industry leaders Lafarge and Holcim, two persons directly involved in the transaction said.
Lafarge and Holcim have drawn up a list of assets they plan to sell worldwide that accounts for some 3.5 billion euros ($4.5 billion) of annual sales and 10,000 workers worldwide to get the regulator's go-ahead for their planned merger.
The Birla group will compete with several industry consortia and private equity groupings that have been formed to pursue a deal for the assets, which could be valued at anywhere between 4 billion and 7 billion euros ($5-$8.85 billion).

UltraTech, whose operations outside India include the United Arab Emirates, Bahrain and Sri Lanka, is looking to expand its global footprint through the possible acquisition of the cement assets in Brazil and the Philippines, said the people.
"It's at a very preliminary stage and the group is unlikely to be aggressive if there is a bidding war kind of a situation for the assets," said one of the people.

The people declined to be named as they were not authorised to speak to the media on the transaction. A spokeswoman for the $40-billion Aditya Birla Group could not be reached for a comment.

The Economic Times newspaper on Monday reported UltraTech had put in bids for the Brazil and the Philippines units of Lafarge and Holcim at an enterprise value of $1.4 billion. The paper did not say where it got the information from.