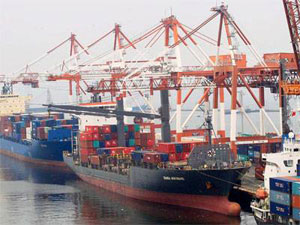 MOSCOW: India's bilateral trade with Russia is expected to reach $15 billion by 2015-end on the back of initiatives taken by exporters to tap that market in the wake of sanctions imposed by EU on Russia.

Currently, the two-way commerce between the countries stood at around $10 billion.

"The sanctions imposed by the EU on Russia gives huge scope and opportunity for Indian traders in sectors, including agro-products, chemicals and textiles to capture the Russian market. We need to tap that space," Federation of Indian Export Organisations (FIEO) President Rafeeq Ahmed told PTI.

The organisation has recently organised a three-day 'India Show' here.

The US and the European Union have imposed economic sanctions on the Ukraine issue.

Ahmed said that exporters received good business orders and inquiries from Russian businesses in the exhibition, where over 100 Indian exporters showcased their products from sectors including pharmaceutical, leather, agriculture, steel and textiles.

"Our initiatives would help in pushing our bilateral trade with Russia to $15 billion by the end of 2015," he said.

However, he added that domestic traders are facing few big challenges in the Russian market.

"Banking is a big challenge. The Russian market is still non-transparent. Customs clearances are still a big problem for us. We need to work on these issues by engaging with Russian authorities," Ahmed said.

He also said similar shows would be organised in Africa and Latin American countries to boost India's overall exports.

Growth rate of India's merchandise shipments slipped to a five-month low of 2.35 per cent in August at $26.95 billion, pushing up the trade deficit to $10.83 billion.

"EU market is not performing well. There are problems in Germany, France and Italy. Due to this, we are lowering our exports forecast to around $340 billion for the current fiscal from the earlier projection of $350 billion-$360 billion," he said.