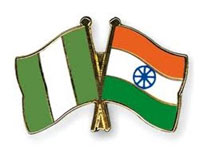 THE trade relations between Nigeria and India may be on the upswing, as both countries, would soon sign Double Taxation Avoidance Treaty, as part of steps initiated to promote the bilateral economic ties between the two nations.

The agreement, according to Indian High Commissioner to Nigeria, Rangaiah Ghanashyam, will radically increase the volume of trade between the two countries. He disclosed this as a guest at the maiden edition of Diplomatic Dialogue Series, a new programme of the Nigeria Leadership Initiative (NLI) held in Lagos recently.

Ghanashyam said the two countries would enjoy more fruitful relationship when the treaty, said to finalised, is signed, adding that there would be a direct air flight between Nigeria and the Asian giant to take their bilateral relationship to higher level.

He said, "The last figure for volume of trade between India and Nigeria is $19.5 billion as at 2013 and April 2014. This volume was not influenced by what is happening in certain parts of Nigeria. In fact those parts of Nigeria which has a bit of a problem now also need some assistance; so we do not have any intention of stopping to interact with them just because they have a problem today. We will continue to partner with them. In fact our relationship with Nigeria has continued to grow and the trade volume is going to shoot up beyond $20 billion this year."

He expressed confidence that India and Nigeria will continue to collaborate in several sectors to deepen their bilateral ties, adding that Indian and Nigeria have over time enjoyed peculiar relationship not common with other countries. "We can work together and cooperate in several sectors. The most important sectors are power, industry, education, Information Technology and Health. In these sectors, we have standing models where Nigeria can borrow from. This is the only country where you have Indian companies run by Nigerians and Nigerian companies run by Indians. You will not find this kind of relationship with any other country. This is peculiar and characteristic of Nigeria/India relationship," he stated.

The envoy, however, decried the lack of multiple taxation avoidance treaty and investment protection agreement between Nigeria and India, saying that putting such diplomatic trade instruments in place will facilitate increased trade ties between the two countries.

He said since Nigeria established bilateral relations with India in 1958, it has risen to become the largest trading partner with Nigeria, yet the relationship is hampered by lack of such basic protection instruments including lack of direct flight from Nigeria to India.

Also speaking at the forum, NLI's Chief Executive Officer, Mr. Yinka Oyinlola said the initiative -- the Diplomatic Dialogue Series -- was conceived to provide a platform for discourses that will bolster Nigeria's diplomatic relations with other nations.

"Our motivation for organising this is to ensure that we foster better relationships not only with the countries of the North but also of the countries of the Southern hemisphere. For us there are key sectors based on what each country sees as its strategic and national interest with Nigeria and just as we have heard from the India High Commissioner, he has just mentioned few of the sectors in which India is focusing its bilateral relations with Nigeria.

Those areas are not exclusive; there are definitely other areas in terms of policy where we have had long standing relationships that dated back to 1958 when Nigeria and India established bilateral relationship," he said.

Also speaking, President, Nigeria-India Chambers of Commerce and Industry, Dr. Umo Itsueli, while noting the economic potential of India and Nigeria bilateral ties said as emerging economies, the two countries need to work together to advance their economies.

"Nigeria and Indian are both emerging economies and if we look at the projection for the next ten to twenty years, you will realise that China, India and Nigeria are projected for astronomical growth. Even David Cameron mentioned that Nigeria will be one of the top ten economies by 2050. So it is important that we begin to collaborate with countries like India that are placed in similar state with us," he said.

Partner at PricewaterhouseCoopers Limited, Taiwo Oyedele, also decried the absence of Multiple Taxation Avoidance Treaty between Nigeria and India, its second biggest trading partner. He wondered why the two counties are yet to sign it whereas Nigeria and relatively insignificant countries such as Pakistan have long entered into the vital treaty.