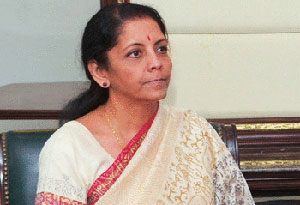 The government's new foreign trade policy (2014-19) to rev up exports is expected to be put in place by October-end and will have a strong thrust on manufacturing to bring it in sync with the Prime Minister Narendra Modi's 'Make in India' goal.

According to sources, discussions are still on between the finance ministry and the commerce ministry over the tax concessions that are required to give exports a fillip, especially in the special export zones (SEZs) which have been fading out.

The finance ministry has expressed the view that the contraction in exports has not taken place merely because of the minimum alternate tax on SEZs or the dividend distribution tax on export units but also due to the global recession, which led to the slump in demand for Indian goods and services.

However, the finance ministry realizes that there is a need to give exports a fillip.

Revenue secretary Shaktikanta Das played down the controversy saying, "it is not an issue of the revenue department versus the commerce department."

"Both the departments are wings of the same government and insofar as SEZs provide an investment platform they have to be encouraged," he added.

Das said the revenue department was also working on fast tracking customs clearances for exporters and bringing all dealings online to cut transaction costs. "There will eventually be seamless online data movement between SEZs and the customs department," he explained.

According to senior Indian Revenue Service officials, the minimum alternate tax (MAT) was imposed on SEZs because they were not reporting revenue correctly. There were also cases of export units selling goods in the domestic market and passing these off as exports to get incentives.

Instances of smuggling had also been detected in some jewelry export units but the commissioners of the SEZs did not allow these cases to be booked under the more stringent customs act and preferred the SEZ Act instead.

However, there is also a realization that the entire sector should not suffer because of a few black sheep, a senior official said. According to senior officials several schemes such as the market linked incentive scheme which was introduced to offset the inherent disadvantage for exporters in emerging markets of Africa, Latin America, Oceania and CIS and Star Trading House Incentive Scheme based on value of exports will be scrapped. Instead more incentives will be given to the export of manufactured goods and project exports.