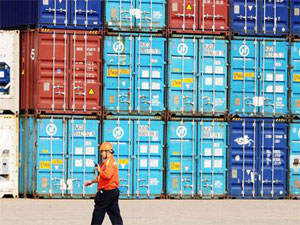 "India has emerged as its top trading partner in 2013, representing a 10 per cent share of the total foreign trade of the Emirate," FIEO said in a statement.

Dubai, which is one of the prominent trading centres of the world, offers great market opportunities for India.

"Import growth for UAE will be fastest for goods originating from China, India, Turkey and Vietnam...India is likely to become the world's fastest growing exporter and UAE's top export and import destination by 2030," it said.

Federation of Indian Export Organisations (FIEO) is organising an India Expo at Dubai on October 15 and 16 to further enhance the trade ties.

"45 Indian companies from various sectors will be participating in the two day exhibition which will open up more possibilities of greater economic interaction between India and UAE and opportunities for both outward and inward investments," it said.