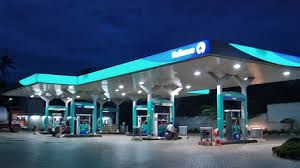 Reliance Industries may lease fuel retailing outlets to public sector oil marketing companies and is also preparing to restart some of them on hopes diesel prices will be freed from government control, executives aware of the development said.

Now, the Mukesh Ambani-led company is trying to come up with a plan to optimise returns on its assets amid expectations that prices of diesel, India's most-consumed fuel, will be deregulated. "There is an offer from Reliance Industries for leasing. But it is still to be evaluated. Some of their pumps are at a good location, so leasing them would save us cost of setting up a pump," a senior official from HPCL told ET.

"Once we have clarity on diesel pricing we will look at the economics  ..

In addition, global prices have softened and the rupee has appreciated against the US dollar, helping OMCs to make a profit on the fuel. "RIL has started talking to dealers to re-start the petrol pumps. Their strategy could be a mix of leasing out some pumps to OMCs and running some others on their own," an industry executive aware of the development told ET.

In 2002, private companies including RIL and Essar captured almost 15% of the fuel retail market. Industry players expect competition to revive with the re-entry of private players.

"IOC could be relatively better placed in protecting market share, given its extensive pipeline and retail network," Citi Research said in a report last month.