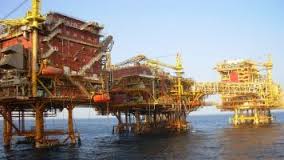 The Petroleum Ministry has set up a committee headed by DGH to inquire into the reasons for delay in developing gas discoveries in ONGC's Krishna Godavari basin KG-D5 block.

The three-member committee will be headed by B N Talukar, Director General of Directorate General of Hydrocarbons, and will have the financial advisor and a director from the ministry.

The panel will inquire into delay in developing fields by Oil and Natural Gas Corp in the block KG-DWN-98/2 or KG-D5, and submit its report by end-October, sources said.

ONGC's KG-D5 sits next to Reliance Industries' eastern offshore KG-DWN-98/3 or KG-D6 block in Bay of Bengal. Both blocks were awarded in the first round of auction under New Exploration Licensing Policy (NELP) in 2000.

While RIL began oil production from its KG-D6 block in September 2008 and gas output in April 2009, ONGC, which has made 11 oil and gas discoveries in KG-D5 block, is at least four years away from first gas.

The ministry now wants to investigate the reasons for the delay.

ONGC Chairman and Managing Director Dinesh K Sarraf welcomed constitution of the committee and said the company will extend all cooperation in the investigation.

He said gas production from the block is planned to begin in 2018 and oil output in 2019.

KG-D5 will produce up to 90,000 barrels per day (4.5 million tonnes per annum) - the largest from any field on the east coast. ONGC will produce 17 million standard cubic meters per day of gas from the block.

"We plan to put to production discoveries in northern part of the block together with finds in a neighbouring block," he said, adding that the company is working on a field development plan which will detail investment required.

Before selling most of its stake and giving away operatorship of the block, Cairn made four discoveries in the area - Padmavati, Kanakdurga, N-1 and R-1 (Annapurna).

The company's main subsidiary, Ardan Risk & Support Services, has entered into a 15-year lease over a plot of land to build the logistics hub, consisting of warehousing, fuel distribution and cold storage. The project will be developed into the first of several planned logistics hubs to support Ardan Risk & Support Services's technical division and its expanding operations in northern Kenya.

Carl Esprey, CEO of Africa Oilfield Logistics Limited, said, “The development of logistics hub will enable us to meet the needs of other companies in the region. In future we will be able to offer warehouse space directly to our clients on a lease basis creating an additional revenue stream.”

In addition to the lease, negotiations are in talks for an option over a further 25 acres of land to further support the company’s long term regional expansion plans, the company said in a statement.