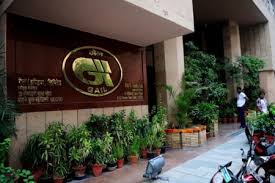 State-owned gas utility GAILBSE -0.52 % is in talks to buy an additional 2-2.5 million tons of liquefied natural gas from the US to meet India's growing energy demand. US Federal Energy Regulatory Commission late Monday approved construction of LNG export project south of Washington which GAIL plans to use for export of gas in its liquid form to India.

GAIL India Ltd has taken 40 per cent of the project's capacity to liquefy 5.75 million tons a year of natural gas for export in ships. The $3.8 billion project, being built by Dominion Resources at Cove Point, Maryland, is likely to be completed in June 2017.

We have been waiting for this clearance and now we are confident of delivering US gas into India by 2017," GAIL Director (Marketing) Prabhat Singh told here. GAIL, which already has contracted 3.5 million tons per annum of LNG from US firm Cheniere Energy, is in talks with suppliers to feed the Cove Point terminal.

We are in advanced stage of discussion and very soon you will hear some news," he said without elaborating. US gas, he said, will be cheaper than LNG imports from other countries as it will be linked to US Henry Hub rates.

Petronet LNG Ltd, the nation's largest liquid gas importer, buy 7.5 million tons a year of LNG from RasGas of Qatar at 12.67 per cent of the prevailing crude oil price. At $95 a barrel oil price, RasGas LNG at loading terminal costs over $12 per million British thermal unit.

Petronet has contracted LNG from Australia at 14.5 per cent of oil price. The US Energy Department has approved Cove Point's exports to both free-trade and non-free trade agreement countries, according to FERC's statement.

India does not have a free-trade deal with the US. LNG exports from US is allowed only to countries with which Washington has a free-trade agreement. Some terminals like Cove Point as well as Cheniere Energy's Sabine Pass terminal have however been exempted from this condition.

"GAIL is one of the rare companies whose both projects have all government clearance," Singh said. The firm had April last year signed an agreement with Dominion for booking 2.3 million tons per annum liquefaction capacity in the Cove Point LNG liquefaction terminal project located at Lusby in the state of Maryland.

Cove Point would be the nearest export terminal to the Marcellus Shale, the most productive US natural gas deposit. Under the agreement with Dominion, GAIL will procure its own natural gas and deliver it to the Cove Point pipeline for liquefaction at the terminal and loading into ships brought to the facility on the Chesapeake Bay.

GAIL already holds 20 per cent stake in Carrizo's Eagle Ford Shale acreage and has a deal with Cheniere Energy Partners to buy 3.5 million tonnes per annum of LNG from Sabine Pass Liquefaction, a subsidiary of Cheniere, from 2017-18.