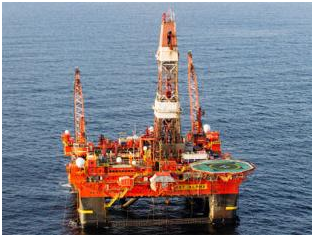 On the heels of selling 10 per cent stake in its Vankor oilfield to China for $ 1 billion, Russia's biggest oil company Rosneft has offered a similar stake to India's Oil and Natural Gas Corp (ONGC).
Rosneft has made a formal offer to sell 10 per cent stake in the strategic oilfield in Siberia to ONGC Videsh Ltd, the overseas arm of the state-owned explorer, sources privy to the development said.
Last month, Rosneft sold a 10 per cent stake in the Vankor cluster f ..
Vankor is the largest field to have been discovered and brought into production in Russia in the last 25 years. As of January 1, 2014 the initial recoverable reserves in the Vankor field are estimated at 500 million tons of oil and condensate, and 182 billion cubic meters of gas.
Sources said OVL is doing due diligence on the proposal and will make an offer post that.
Vankor will reach peak output of 500,000 barrels per day or 25 million tons a year in 2019. The field, has driven recent Russian output growth, pumped 435,000 bpd in September. Russia is the world's top oil producer with current output of 10.5 million bpd but its key producing region - West Siberia - is maturing.
Russia and Rosneft are courting China and India after EU and US slapped sanctions on them for Moscow's involvement in Ukraine.
The sanctions would further restrict Rosneft's access to foreign loans, prohibiting the company from receiving any loans with more than 30 days maturity. Rosneft's finances have been strained by the EU and US sanctions.
Prior to offering stake in Vankor, Rosneft had on August 5 sent a formal proposal to OVL for joint development of Yurubcheno-Tokhomskoye oilfield in eastern Siberia.
The field is estimated to hold 991 million barrels of oil equivalent reserves and is planned to start production in 2017. Yurubcheno-Tokhomskoye will reach a production plateau of up to 5 million tonnes a year (100,000 barrels per day) in 2019.
Rosneft, Russia's biggest oil company and the world's largest listed producer by output, offered to make a management presentation along with Physical Data Room (PDR) access to OVL in Moscow, sources said.