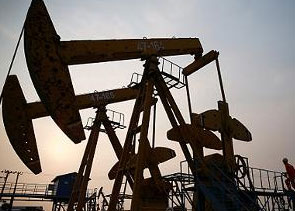 The government is revamping the crude import policy to leverage the shifting sands of global oil market as new players gnaw at the existing world order of suppliers amid tepid demand.
At present, Indian state-run refiners buy crude under term contract directly from national oil companies (NOCs) as well as a select band of global majors that have a share in oil from fields operated by them around the world.
Crude is bought on the basis of an 'official selling price (OSP)' declared by some of the NOCs, while it is negotiated with some. The emphasis on term contracts remains as strong as ever but procedural problems have arisen as NOCs have changed the way of doing business. Many of them now sell crude through subsidiaries with the aim of extracting higher price as refineries become more sensitive to various grades of oil.
There has also been a shakeout among the global majors due to mergers, while some others have lost significance or have been eased out by new entrants.
These changes have a direct bearing on the decision making process of the state-run refiners who face delays in seeking clarifications and approvals from the government. The policy changes propose to cut red tape and time by laying down clear criteria for qualifying a seller as an NOC or its subsidiary, swapping of a particular grade of oil between NOCs and MNCs and pricing of grades not available on OSP. The list of MNCs is also to be updated in line with current Fortune and Platts rankings.
Oil ministry sources said thae existing system for buying crude was put in place in 1979 with the establishment of an Empowered Standing Committee to approve contracts. Indian OilBSE -1.01 % was the sole importer and also supplied crude to Bharat PetroleumBSE -0.51 % and Hindustan PetroleumBSE -0.04 %.
The committee's composition underwent changes in 1981 and in 2002 when separate panels were set up for BPCL and HPCL as crude import was deregulated. In 2003, another panel was formed for MRPL, which had by then been taken over by ONGCBSE 1.13 %.These changes are now proving to be inadequate in the complex trade dynamics of the global oil market.