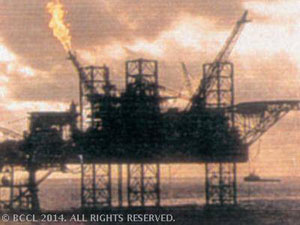 NEW DELHI: Indian imports of Iranian oil rose by nearly half to 271,000 barrels per day (bpd) in January-August from a year ago, when refineries cut purchases due to worries about insurance coverage for processing crude from Tehran, data from trade sources shows.

World powers and Iran are working to resolve a decade-old dispute over the OPEC nation's nuclear programme, with an interim deal that eases some sanctions on the country extended by four months to late November.

India, the Islamic state's top client after China, had boosted imports in the first quarter of this year to make up for the cuts in 2013 and to hit its target of importing 220,000 bpd from Iran in the fiscal year to March 31.

India shipped in 273,500 bpd of Iranian oil in August, up 30 per cent from the previous month and about 81-per cent higher than a year ago, the data showed.

Essar was Iran's top Indian client in August, followed by Mangalore Refinery and Petrochemicals Ltd, the data showed. Essar and MRPL are the regular buyer of Iranian oil.

and Bharat Petroleum Corp have halted Iranian oil imports since 2013/14 due to worries over whether their insurance policies would cover refining the cargoes.

But other refiners have stepped up purchases drawn to discounts offered by Tehran, risking possible disputes with insurers in the case of an accident.

Under the interim agreement with world powers, Iran's total crude exports were to be held at just above 1 million barrels per day (bpd), after surging as much as 40 per cent above that level in the early part of the year.

Iranian oil's share of India's total crude imports rose to 7.1 per cent in the first eight months of the year compared with 4.6 per cent last year, the data indicated.

Overall, India took in 14 per cent less crude in August than a year ago, the data showed, as HPCL-Mittal Energy did not ship oil during the month due to the closure of its 180,000 bpd Bathinda refinery in northern India for maintenance.

The refinery is expected to resume operations by the end of this month, said a source with direct knowledge of the matter. He declined to be identified as he was not authorised to speak with media.

Latin American oil's share of India's overall imports rose slightly to nearly 20 per cent in the first eight months of 2014, while Africa's increased to about 16 per cent, the data showed.

Purchases from the Middle East accounted for about 60 per cent of overall intake during the period, down from 64 per cent a year ago.