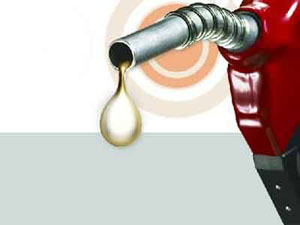 Paradip refinery and supply about 60 percent of the oil needs of the plant, set to start up later this year, three sources with knowledge of the matter said.

Gulf oil producers want to lock in customers in Asia, which is experiencing a wave of refinery expansion, as the US shale boom has hit demand for their oil in Western economies.

India, the world's fourth largest oil consumer, imports about 80 percent of its oil needs and plays a growing role as a regional refining hub.

The South Asian nation imports around 16 million tonnes of crude a month - more than it consumes - and exports about a third of that as refined products.

State-run IOC, the country's biggest refiner, aims to start crude processing at its 300,000 barrels per day (bpd) coastal refinery in the eastern state of Orissa by the end of this year.

"Kuwait has sought a 50-percent stake in the refinery and the proposed petrochemical plant, along with marketing rights for fuels," said one of the sources, adding that IOC might settle for a smaller stake and keep control of the refinery.

This source said KPC wanted to reserve the right to later sell a part of its stake in the Indian project to any international oil company.

The sources who spoke to Reuters declined to be identified because of the sensitivity of the topic.

IOC Chairman B. Ashok did not respond to telephone calls from Reuters seeking comment, while a KPC spokesman could not immediately be reached for comment.

Kuwait wants to strengthen its role in India's oil gas sector and wants to lease a part of its strategic storage, being built to hedge against energy security risks. Kuwait was India's fourth biggest oil supplier in fiscal 2013/14, supplying about 409,000 bpd.

"KPC has several interests and opportunities in India and this is one of the main ones," said a second source. "India is always on the radar. KPC is interested in Paradip but both sides haven't agreed on the details yet."

IOC, along with subsidiary Chennai Petroleum, controls about a third of India's oil refining capacity of 4.3 million bpd.

KPC and IOC officials had a meeting in India during the last week of August to discuss KPC's participation, two of the sources said. KPC will acquire a stake through its overseas downstream subsidiary, Kuwait Petroleum International.

Kuwait wants a potential joint venture with IOC to sign a deal for long-term crude supply with KPC, they said.

The new refinery will cater to rising demand for fuel as India is keen to boost the share of manufacturing in its economic expansion.

Paradip is IOC's most complex refinery and capable of handling cheaper grades that are more difficult to handle. The refinery will have a potential to produce about 6.3 million tonnes of diesel and 3.6 million tonnes of petrol, which will largely be absorbed by the domestic market.