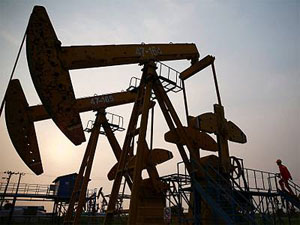 NEW DELHI: State-owned Oil and Natural Gas Corp's (ONGC) long-delayed mega petrochemical plant at Dahej in Gujarat will be commissioned by June next year but at 27 per cent higher cost of Rs 27,122 crore.

ONGC had in 2006 set up ONGC Petro-additions Ltd (OPaL) for building a mega petrochemical complex at Dahej in Gujarat. The plant was originally planned to come on stream by end 2012 but delays have led to two revisions in completion dates.

"Pre-commissioning activities have started at Dahej. The plant will be mechanically complete by April 2015 and commercial operations will start by June 2015," ONGC Chairman and Managing Director Dinesh K Sarraf said here.

"While the delay is mainly on account of contractors, project cost has gone up primarily because of interest payout during the construction phase," ONGC Director (Finance) A K Banerjee said.

Of the additional cost, about Rs 3,192 crore is due to interest during construction and another Rs 1,592 crore on account of startup and commissioning expense. Foreign exchange variation cost Rs 460 crore and another Rs 482 crore was due to change of project scope.

ONGC was originally envisaged to hold 26 per cent in OPaL with state gas utility GAIL India Ltd picking up 19 per cent and Gujarat State Petroleum Corp Ltd (GSPC) taking 5 per cent. The remaining 50 per cent was to either be given to a strategic investor or offered in an initial public offering.

But after the cost and time overrun, both GAIL and GSPC have decided to restrict their equity participation to some already paid.

GAIL had paid Rs 995 crore for the 19 per cent stake when total promoters' equity was pegged at Rs 5,865 crore. Similarly, GSPC had contributed Rs 29 crore.

After the cost overrun, promoter equity contribution is now being pegged at Rs 8,558 crore, resulting in trimming of equity stake of GAIL and GSPC.

Sarraf said the company has no plans to bring an IPO now and the balance equity in OPaL will be provided by ONGC.