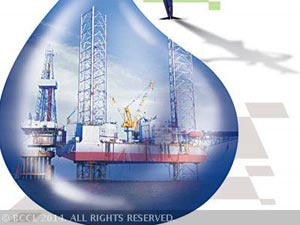 Petrobras, as the company is known, owns 75 per cent and its Indian partner Oil and Natural Gas Corp 25 per cent of the discovery.

The discovery was made in an extension well being used to evaluate the Poco Verde prospect in the BM-SEAL-4 block. The well was drilled in 2,196 meters of water 58 kilometers off the coast of Aracaju, the capital of Brazil's Sergipe state.

The discovery is one of several in recent years in an area believed to hold more than 1 billion barrels of recoverable oil, enough to make the area the biggest discovery in Brazil since the 2007 announcement of giant offshore resources south of Rio de Janeiro.

The Sergipe discoveries include an adjacent block where Petrobras is in partnership with IBV Brasil SA, a joint venture between India's Videocon Industries Ltd and Bharat Petroleum Corp. Petrobras owns 60 per cent of that partnership and IBV 40 per cent in that area.

Petrobras plans to begin producing oil from the Sergipe offshore area in 2018 with a 100,000-barrel-a-day floating production ship. A second ship with the same capacity is expected in 2020. Development of the area is likely to require more than two ships, Petrobras said last week.