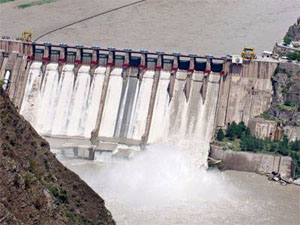 "JSW Energy Limited (JSW) and Jaiprakash Power Ventures Limited (JPVL), today announced the signing of binding Memorandum of Understanding (MoU), for the 100 per cent acquisition by JSW of three operational plants of JPVL," the companies said in similarly-worded statements.

The financial details of the deal, however, were not disclosed.

Shares of Jaiprakash Power Ventures tanked nearly 14 per cent today on the BSE.

JPVL and Reliance Power had been in talks for two months before calling off the deal.

As per industry sources, the talks collapsed after Central Electricity Authority (CEA) issued show cause notice for alleged violation of techno-economic clearance conditions of the Karcham Wangtoo project, which had an approved capacity of 1,000 MW but actual capacity was built to 1,200 MW.

In July, Reliance Power signed an initial agreement to acquire all the three hydroelectric power plants of JPVL.