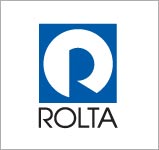 Mumbai: Rolta Power Pvt. Ltd, a unit of Rolta Group, on Thursday announced that it is entering the solar power sector. It has set up a 60 megawatt (MW) production line in Mumbai for solar photovoltaic (PV) modules and the plant has started production this month, the company said.

The production line has been set up with an investment of around Rs.100 crore from the company’s internal accruals, said Aditya K. Singh, managing director, Rolta Power Pvt. Ltd. Rolta Power expects revenue of about Rs.300 crore over the next 12-18 months from its solar PV operations.

“With rise in demand for renewable energy, coupled with promising legislation and the need to enhance energy self-sufficiency, starting a solar energy business was an exciting opportunity for us,” he said. The company was looking to invest in this space in 2010 but due to the sharp fall in prices of solar cells, wafer and PV module it delayed its decision, Singh said.

The company is testing the waters with the Mumbai unit and will expand capacity to almost 300MW in the next two to three years. The company might also consider getting into solar power production once it achieves that scale, Singh said. “Grid parity has been met more or less, as compared to thermal power or any conventional power source in India. Hence, we do not see another recession in solar power sector, may be for some time,” said Singh.

Rolta is focusing on rooftop solar projects, solar lighting and irrigation as it considers these segments to be more profitable and is looking at states such as Bihar, Uttar Pradesh, Tamil Nadu and Andhra Pradesh as major markets. “We already have a backlog of rooftop orders,” Singh said.

The Indian solar PV manufacturing industry, however, has not been in a good shape in recent years. Indian manufacturers have lost domestic market share to cheaper imports from China. Current idle capacity in the industry is in the range of 40-45%, according to analysts.

This scenario had prompted manufacturers to demand levying of an anti-dumping duty on Chinese imports, which was turned down by the government in August. Installed solar module manufacturing capacity in India stands at around 2.7 gigawatt (GW), according to the ministry of renewable energy.

However, solar power installations have stagnated at around 1GW in the last two years, data from Mercom Capital Group Llc, a clean energy consultancy group, shows. Domestic over-capacity is now prompting solar panel makers to turn their sights back to overseas markets although exports are unlikely to rise fast enough to absorb the spare capacity. Nevertheless, anti-dumping duty levied in Europe and the US has made Indian exports competitive again and exports rose by 150% to $269.9 million in fiscal year 2014.

Manufacturers are also banking on the Centre’s plan to increase investment in the clean energy industry. As part of this year’s budget, the government announced an investment of Rs.1,000 crore in so-called ultra mega solar power projects across the country.