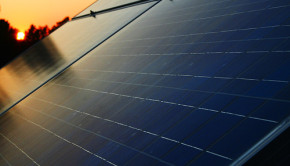 The project will be located in the central Indian state of Madhya Pradesh. The state is usually not the first choice of wind energy project developers, who see the western and southern coastal states as resource-rich and, thus, more suitable for large-scale projects. While the state might have slightly less wind energy potential, recent advancements in wind turbine technology and regular increase in tariffs for low wind density sites projects have opened developers to the idea of projects at non-traditional sites.

Being the most mature renewable energy technology in India, wind energy has seen significant jump in investments from development banks, as well as private international investors. A Goldman Sachs-backed private equity fund and others have invested $390 million in a wind energy start-up Renew Power. The company has ambitious plans to set up 1,000 MW capacity in the short term, and has already diversified into the solar power sector.

The prospects of rapid growth in the Indian wind energy sector have increased following the full restoration of subsidies and tax benefits during this year’s union budget. The government is also planning to launch the National Wind Energy Mission on the line of the ambitious National Solar Mission.