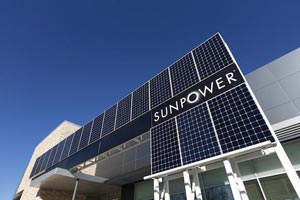 One of the world's biggest potential solar markets may finally be opening up as India ponders its solar future. The country's new government has proposed building 25 solar parks, each with 500 MW to 1 GW of capacity. In total, the country is targeting 20 GW in the next five years, which will be nearly half of the estimated global solar market of 50 GW in 2014.

For solar companies supplying solar modules or building projects, the opportunity is tremendous. If projects can be sold for just $2 per watt the Indian market could be worth $40 billion over the next half decade, making it one of the biggest in the world.

Why India is going solar
Energy has long been a challenge for India, which has unreliable electric service -- and millions of customers without access to electricity entirely. The country also generates a vast majority of its energy from fossil fuels, particularly petroleum and coal.

Solar energy is seen as a way to lower costs, reduce fossil fuel imports, lower carbon emissions, and improve grid reliability. Interestingly, the country views massive solar projects as the way to do this instead of distributed solar, which is growing in popularity in the U.S., Europe, and Japan. One reason is that in its initial proposal the government said a state-owned entity would have to own at least 51% of the projects in these solar parks. In that respect, it's in the state's best interest to build large plants they can control, rather than give up control to small distributed installations.

No matter the method India goes with, this market is a huge opportunity for solar companies that can capture a piece of the pie.

Two companies with their eyes on India
There are still a number of unknowns in the Indian market, and the plan that's been proposed may change dramatically before becoming law. One potential holdup is a local content provision that India is proposing, requiring that a certain percentage of the value of the system be sourced from within India.

Despite the unknowns, First Solar (NASDAQ: FSLR  ) and SunPower (NASDAQ: SPWR  ) have their eyes on the Indian market and would be a natural fit for these mega-solar projects.

SunPower's C7 product may be a natural fit for India, in part because it can be partially built in-country -- satisfying the local content needs -- and in part because it would be a cost effective solution. C7 uses parabolic mirrors to concentrate the sun's energy onto a highly efficient solar cell, and SunPower sells cells as packages to an assembler which can build the rest of the product, something the company has done in a joint venture in China.

First Solar is also a natural fit for India because it has experience building very large-scale projects, and its thin-film product works well in the high temperatures that can be present in the country. Management has already identified India as one of its top potential regions, and that's before accounting for this new 20 GW opportunity. Given its expertise building projects around the world, First Solar is a logical long-term winner in India.

Foolish bottom line
If India does indeed open up 20 GW of solar demand over the next five years it'll create a huge opportunity for solar manufacturers, particularly SunPower and First Solar. They're built to take advantage of a market like India, and with low cost, utility-scale solutions they'll certainly be interested in bids as they become available.

Take your share of America's energy boom with this tax "loophole"
Increased energy production is transforming the U.S. from Texas to North Dakota and Hawaii to New York and the government is giving tax breaks for investors to buy into the industry. Take advantage of this profitable opportunity by grabbing your brand-new special report, "The IRS Is Daring You to Make This Investment Now!," and you'll learn about the simple strategy to take advantage of a little-known IRS rule. Don't miss out on advice that could help you cut taxes for decades to come. Click here to learn more.

Travis Hoium manages an account that owns shares of SunPower and is personally long shares and options of SunPower. The Motley Fool has no position in any of the stocks mentioned. Try any of our Foolish newsletter services free for 30 days. We Fools may not all hold the same opinions, but we all believe that considering a diverse range of insights makes us better investors. The Motley Fool has a disclosure policy.