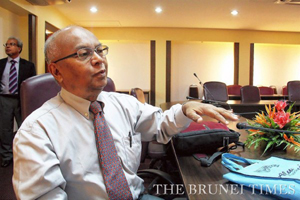 It cannot explicitly reduce import or export duties - which are in the domain of the budget. However, the incentives for exporters have indirect implications for the exchequer. Employment generation in India through exports of manufactured goods has been a key objective of the FTP, which remains despite the change in nomenclature from the previous Exim Policy that was focussed on exports.

A proactive policy on imports is equally necessary in a scenario where India is integrating with the rest of the world. Within the country there are minimal import restraints. A consistent policy framework is necessary to deal with items such as imports of gold and petroleum. Recently, the FTP has outlined ambitious plans for the diversification of exports, both in terms of the range of products and the destination countries. These commendable efforts have, however, not improved India’s export performance which, like world trade itself, remains below par.

The new government’s orientation to trade cannot be really different from that of its predecessor. The Prime Minister, while inaugurating a port-based special economic zone, urged manufacturers to join in export promotion. In his Independence Day speech he called for a “make in India” movement, which has the potential to turn India into a global manufacturing hub. The emphasis in the FTP will naturally vary depending on current circumstances.

Multilateral trade as embodied by the WTO received a setback with India holding out against a previously agreed Trade Facilitation Agreement. While India has its own reasons - preserving the norms for domestic food security - the fact is that the failure in Geneva has spurred moves towards free trade agreements (FTAs), regional pacts, bilateral agreements and so on. These are inferior to rule-based multilateral trade, irrespective of any short-term gains they might confer.

The Commerce Minister’s call for a comprehensive review of the performance of all FTAs is noteworthy. India already has 14 agreements in force, including one with the ASEAN grouping of 10 countries, and is negotiating several others. Both India and China have free trade agreements with ASEAN, and unless cumbersome procedures relating to country of origin are scrupulously followed, India might face a flood of duty-free Chinese goods. Besides, FTAs have not exactly delivered on their promise of larger trade between signatories. These factors will surely weigh, even as India prepares to renegotiate stalled issues of the Doha round.