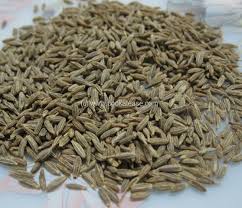 India's jeera (cumin) exports has crossed 50,000 tonnes in the first four months of 2014-15, a rise of 15 per cent from the corresponding period of the previous year, industry sources said.

Industry sources said export of Jeera from April to July this year would exceed 51,000 tonnes as against 44,000 tonnes in same period of 2013.

Demand for jeera has increased from across the world. There was good demand from West Asian countries before Ramzan. Also, there has been good demand from western countries which have ignored to buy jeera from Syria and Iran owing to geo-political tension.

"India is providing superior quality jeera than other producing countries at lower price which has attracted the international market. Right now, export demand is not much but it is expected to increase from next month," said Jitendra Adani, a leading trader and exporter from Rajkot.

Despite strong export demand from other countries, price of jeera has more or less remained stable because of high production. Traders and exporters expected 357,500 tonnes jeera production in 2013-14. However, it was around 302,500 tonnes. Over the last few months, jeera prices have traded between Rs 1,800 and Rs 2,400 per 20 kg in Unjha market. Presently, jeera price is ruling between Rs 1,755 and Rs 2,200 per 20 kg.