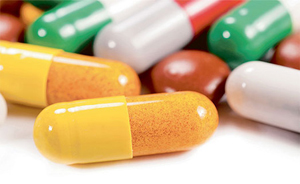 India's drug business has taken a big financial hit in the last years as the FDA has stopped some of its top players from shipping drugs to the U.S. But experts still see big potential in the industry, saying it will grow faster than other Indian industries, particularly if players shed their conservative approach and get involved in the global M&A mix that their larger competitors are benefiting from.

"As consolidation in the industry continues globally, particularly among generic drug companies, Indian firms will increasingly look to become involved in global mergers and acquisitions," Moody's Senior Vice President Michael Levesque said in a statement about a new report from Moody's Investors Services. "We have already seen some Indian companies increasing their pace of acquisitions."

India's Sun Pharmaceutical certainly has, with its $4 billion buyout of troubled compatriot Ranbaxy Laboratories. And as if it had read Moody's playbook, and then taken a cue from Sun, India's Lupin acknowledged to Bloomberg that it took a hard look at making an offer for troubled Wockhardt recently. It decided its investment funds would best be spent elsewhere.

"We've certainly looked at it. It doesn't hurt to always do that kind of analysis," Lupin Managing Director Nilesh Gupta told Bloomberg. He said Lupin saw some synergies with Wockhardt but also lots of duplication. He said with a troubled asset like Wockhardt you have to be be willing to shut some facilities down and Lupin is not in that mode right now; instead it is into a "groove" of building. Wockhardt, which like Ranbaxy has had two manufacturing plants banned from shipping to the U.S. in the last 15 months, told Bloomberg it has no intention of selling its business.

Gupta said Lupin is more interested in smaller acquisitions. Earlier this year it acquired Netherlands-based Nanomi to improve its standing in the sterile injectables market. And Gupta said the company is quite interested in picking up some of the mature drug portfolio that GlaxoSmithKline ($GSK) has for sale, but only the U.S. brands.

That approach also falls in line with what the Moody's report suggests. The consultant says the U.S. market "represents a substantial growth opportunity for Indian drug companies, due to the rich pipelines of generic drugs awaiting approval" by the FDA. But that advice includes a big caveat. It is an opportunity only for those whose manufacturing practices can stand up to a close look by the FDA. Ranbaxy's problems delayed its first-to-file generic of Novartis ($NVS) blockbuster heart drug Diovan by nearly three years and are currently standing in the way of getting a version of AstraZeneca's ($AZN) blockbuster Nexium out.

The industry is trying to overcome the image issues that have come from the FDA banning plants and issuing a long list of warning letters to Indian drugmakers. It has hired a U.S. consulting firm, which has started a public relations campaign to patch up its battered rep. India is the second largest pharma exporter to the U.S., after Canada, and so has been hard hit by the plant bans. Exports by Indian drugmakers fell to 2.6% in the year ending March 31, about $15 billion. That is down markedly from the 23% export growth recorded two years ago.