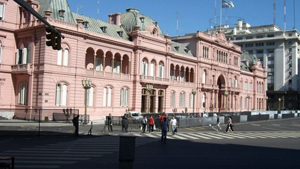 Argentina decided to allow Indian drug imports after inspecting just five of the country's 793 manufacturing facilities according to documents released this week.

The Argentinian Government named India as the 27th country from which it will accept drug imports this month, explaining in a statement here in Spanish ] that the move will improve its citizens' access to medicines.

Prior to the decision, Indian finished dosage drugmakers were not allowed to supply the Argentinian market under directive 150/1992 of the country's constitution  (Spanish).

The Argentinian change of heart was welcomed by Hyderabad-based industry group Pharmexcil , which was quick to try and claim some credit by suggesting the decision followed years of lobbying.

Director general P V Appaji said: "As members are aware, export of Drugs and Pharmaceuticals to Argentina hitherto was restricted due to domestic policies of Argentina Government. While import of APIs was allowed, Pharmaceutical formulations from India was not permitted.

"In fact, import of Pharmaceutical formulations into Argentina was permitted only from a few countries. Pharmexcil and Government of India have been trying to get India also included in the list of permitted countries for the last several years."