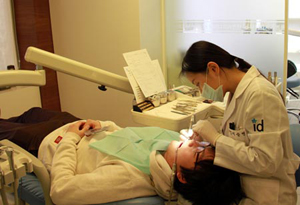 The large gap in prices, quality of services and skills for medical services in China ranging from health checkups to intensive treatment has prompted an increasing number of people to travel abroad to obtain medical treatment, Guangzhou's Southern Metropolis Weekly reports.

The number of medical tourists every year doubled between 2006 to 2012 to 40 million, with each individual spending US$10,000 on an average.

In 2013, the market global medical and health tourism was valued at US$438.6 billion, 14% of the overall tourism industry, according to a joint report by the Global Spa & Wellness Summit and Stanford Research Institute.

Pan Zhihui, a Chinese national who runs a travel agency, joined a medical tourism group in 2013. Pan described the hospital he visited in South Korea as bright and warm, very different from the hospitals he has been to in China.

Pan spent under 3,000 yuan (US$490) on a checkup that included cancer screening. His medical report, translated into Chinese, was emailed to him within 15 working days.

In 2013, Chinese nationals became a driver of South Korean medical tourism as they made up a quarter of the more than 210,000 foreign nationals arriving in the country for medical treatment. A South Korean tourism official said most Chinese patients come for plastic surgery, but health checkups have become more common as well.

Other international medical travel destinations such as Japan, Singapore, the United States, Thailand and Switzerland are seeing more Chinese patients.

An executive at the Singaporean Parkway Group Healthcare told the Southern Metropolis Weekly that the group estimates that around 1,000 Chinese nationals will seek medical treatment in Singapore by the end of this year, mainly looking for health checkups and treatment for cancer as well as cardiovascular and cerebrovascular diseases.

Medical tourism has become a trend for Americans as well, with prohibitive costs at home. To obtain medical treatment at more affordable prices with similar or even better quality, nearly 750,000 US citizens in 2007 traveled overseas to destinations such as Mexico, India, Thailand and Malaysia for medical purposes and the number is estimated to rise to 15.75 million a year by 2017.

The South Korean government picked the Daegu Metropolitan City in 2009 as the location for a cutting-edge medical complex covering 1.03 million square meters with total investment pegged at US$5 billion.

In addition, the Korea Tourism Organization has opened seven offices in China and held its International Medical Tourism Convention overseas for the first time in 2013 in Guangzhou.

Thailand, which has attracted at least 2 million international medical tourists a year in recent years, is building a medical tourism service center, while India has proposed tax reduction for local hospitals that export medical services.

However, a professor at the Guangzhou University of Chinese Medicine reminded Chinese nationals who plan to seek medical and health services overseas of the possible legal risks involved. These travelers have to fully understand the risks inherent in medical tourism and read the contract carefully to protect their legal rights.