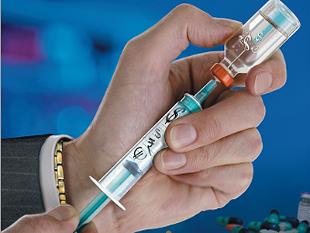 India was not allowed to do so earlier due to local laws.

PV Appaji, director general of Indian Pharmaceuticals Export Promotion Council, said that with effect from August 8, the Latin American nation has included India on the list of countries that can supply medicines to it.

Argentina's pharmaceuticals market is expected to touch $15 billion by 2020. Eight key markets of the Latin American region are now valued at over $30 billion, reporting a compound annual growth rate (CAGR) of over 10%.

Of the nearly $15 billion worth of drugs that India ships overseas every year, nearly 8 per cent is to Latin American countries. In 2012-13, India sold $44.85 million worth of bulk drugs to Argentina. "Our companies can supply generic drugs at nearly half the price of Argentina's locally made drugs, enabling the Latin American country procure quality drugs at affordable costs," PV Appaji said, adding the move will help Indian drug companies access one of the largest pharmaceutical markets in the Latin American region." The development will especially boost exports of Indian companies that have globally approved manufacturing facilities.

However, Aurobindo Pharma's formulations business chief executive Arvind Vasudeva said, "We need to wait for the kind of regulations Argentina will come out with and the time it would consume for product registrations. At present, it takes 24-30 months in Mexico and 4-7 years in Brazil for product registrations and approvals." Aurobindo Pharma, which exports medicines to Brazil, Mexico and Columbia in the Latin American region, considers Argentina as an important market.

Alok Dalal, pharma analyst with Motilal Oswal, said that Indian firms may have to wait for at least two-three years after investing on product registrations and approvals to generate returns.

According to him, companies that are currently operating in Brazil would be better placed to explore Argentina.