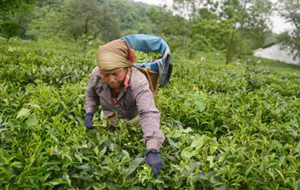 India's tea exports in the first half of 2014 rose 6.7 percent from a year earlier to 94.53 million kg due to higher purchases by the UK and Pakistan, the state-run Tea Board said in a statement.

In the January to June period, tea exports from the south Asian country to Iran, Egypt and United Arab Emirates eased, the board said.

India, the world's second-biggest tea producer, exports CTC (crush-tear-curl) grade mainly to Egypt, Pakistan and the UK, and the orthodox variety to Iraq, Iran and Russia.