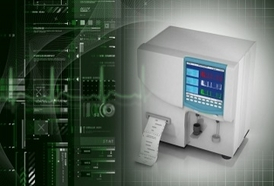 In a bid to boost the medical device and pharma machinery sector, the central government is setting up a medical device testing laboratory near Ahmedabad, opening at least five incubation centers across the country for research and development (R&D).

Officials from the Union commerce ministry, in a meeting, stated that there are plans to set up at least five incubation centers across the country, each at a cost of around Rs 100 crore that would help R&D activities.

Mr Sudhanshu Pandey, joint secretary, ministry of commerce and industry, government of India said, "Such incubation centers would help scientists, engineers, and entrepreneurs who can pay a certain fee and use the center's infrastructure. This could be a huge boost to R&D and product development, as there would be no need to set up a full-fledged R&D facility by each company."

The ministry of commerce is also planning to set up a panel with representations from different streams like medical devices, pharmaceutical machinery etc. under EEPC India (formerly the Engineering Export Promotion Council).