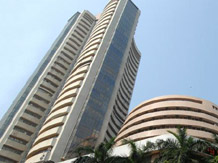 Central banks possess several different tools to manage money supply, control inflation, keep their respective currency stable and encourage growth. At different times, the order of priorities will change and so will the bank’s focus. Sometimes growth is paramount, sometimes the need of the hour is to keep a currency stable, sometimes the bank needs to prevent a bubble developing. But these four areas : inflation, currency stability, money supply and GDP growth are always going to be on the agenda.

This caution is despite encouraging signals in the first quarter, April-June 2014. Growth and sentiment seems to be reviving, says the central bank, both domestically and globally. Fears of monsoon failure have been reduced, though not dispelled. Retail inflation eased in both May and June but the under-performing monsoon is one reason why food inflation could flare again. Export growth seems buoyant, probably because the global economic situation is getting better.

RBI seems to be expecting retail inflation to be within the range of 7.5-8.5 per cent, with some chances of being either substantially higher or lower. Similarly, GDP growth should be about 5.5 per cent, mid-point of the bank’s expectations,ranging from five to six per cent. RBI is targeting (as opposed to expecting) retail inflation rates of eight per cent or less by January 2015 and six per cent or less by January 2016. The growth and inflation expectations have not been changed in the past two RBI policy reviews. This implies the bank does not see the Budget making a huge impact.

The SLR cut could release a little money into the financial markets. But the corporate primary equity and bond markets have been moribund for a variety of reasons and they are unlikely to tap these resources. So, this capital will probably just make life easier to manage for banks.  Consensus market expectations were precisely on the lines the RBI governor outlined: no rate cuts were expected, and RBI was expected to watch and wait for the apparently modest economic recovery to be sustained.

The next review will be in late September. By then, the monsoon situation will be known, at the very least. As always, the Bank Nifty is likely to be a front-runner and more sensitive than the overall economy. Banks are high-beta and they have a high weight in the big indices such as the Nifty, Sensex and Nifty Junior. Private banks will continue to do well. The health of public-sector banks (PSBs) should improve though most PSB balance sheets are in very poor shape.

RBI is very unlikely to raise rates in September, unless there’s a huge spike in crude oil prices or absolute monsoon failure in the next two months. Given a trajectory of rates being held unchanged through the rest of the calendar year, and gradual improvement in earnings growth, the market could continue to trend up.