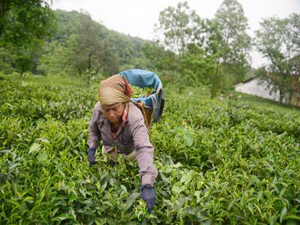 "Gujarat has shown how technological innovation, proactive governance can assist primary sector and bring strong results even at odd situations. Having achieved almost double-digit growth for over a decade, Gujarat shows the way," Gulati said.

More than 54 per cent of the Indian workforce is engaged in agriculture but for the past 20 years even 4 per cent growth in this area has been elusive, with an expansion of 3.2-3.3 per cent.

"Then comes a state, which for a whole decade, from 2001 to 2011, achieves agriculture GDP growth of 9.8 per cent. The good show is still on. Statistically, the difference is three times higher than the rest of India," he said in an article in Inclusion magazine.

The farm sector in Gujarat was growing at 2 per cent annually in the earlier decade. But suddenly, it reached 10 per cent. "That makes good difference in terms of what is called inclusiveness as agriculture employs a majority of working people," he said.

"If we are able to achieve even 5 per cent growth in agriculture nation wide, it will lead to true inclusiveness. It's important to know what have been the growth drivers in Gujarat and how can these be scaled up nationally."

Gulati said, besides cotton, Gujarat has also witnessed a horticulture revolution. The state-run marketing arm has been cleaned up and has been keeping direct linkage with farmers who are keen on contract farming -- but not at the national level.

According to him, if India was serious about food security over the next 20 years, it needed to focus on where water is -- like eastern India, which is floating on ground water.

"You can have next 20 years food security and the second green revolution only from eastern India -- Bihar and further down towards the east -- but only if the mentioned flaws get fixed-up," he said.

"Agriculture of future cannot be seen alone through farming. Gujarat gave us the milk model, similar model needs to be replicated for fruits and vegetables -- job creation, income and inclusiveness will come together."