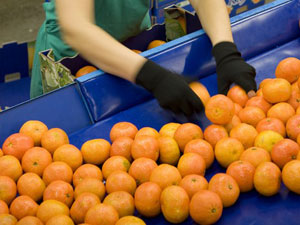 NAGPUR: City student Bablu Kawduji Chaudhari, who is doing his master's degree in agriculture production at Wageningen University in Netherland on a Rs 25 lakh scholarship for a year, has his way Vidarbha farmers will be able to export the Nagpur mandarin to Netherlands in next season. He has already chalked out a plan with 40 farmers from Warud, Morshi, Katol, Kalmeshwar, Narkhed and Saoner.

Chaudhari told TOI that he is back home for a month to conduct research on possible valued addition chain and export of oranges as part of his one-year postgraduate degree course and has met orange growers, their associations and government officials. "It was an extremely positive response. Though some farmers and associations have tried export they have not succeeded except for Dubai which does not have stringent import norms. I will be helping farmers to form a cooperative through a local NGO, Nav Vikas Yuva Sewa Sanstha, which is headed by progressive farmer Gajanan Ghirolkar. I have three business models in mind learnt during my studies at the Wageningen University which is supposed to be the best in horticulture in world and will use the most suitable one," he said.

An extremely bright student of the Akola-based Panjabrao Deshmukh Krishi Vidyapeeth (PDKV) who was three times topper in horticulture, pathology and plant breeding, Chaudhari has fore in his belly to contribute his bit for the benefit of local farmers. He happens to be the only Asian to be selected for the course. He has already worked in the field of 'practical management in horticulture' also through a four months scholarship with the Practical Training Centre Plus in Wageningen University from September to December 2012.